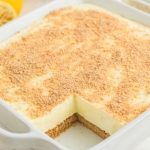 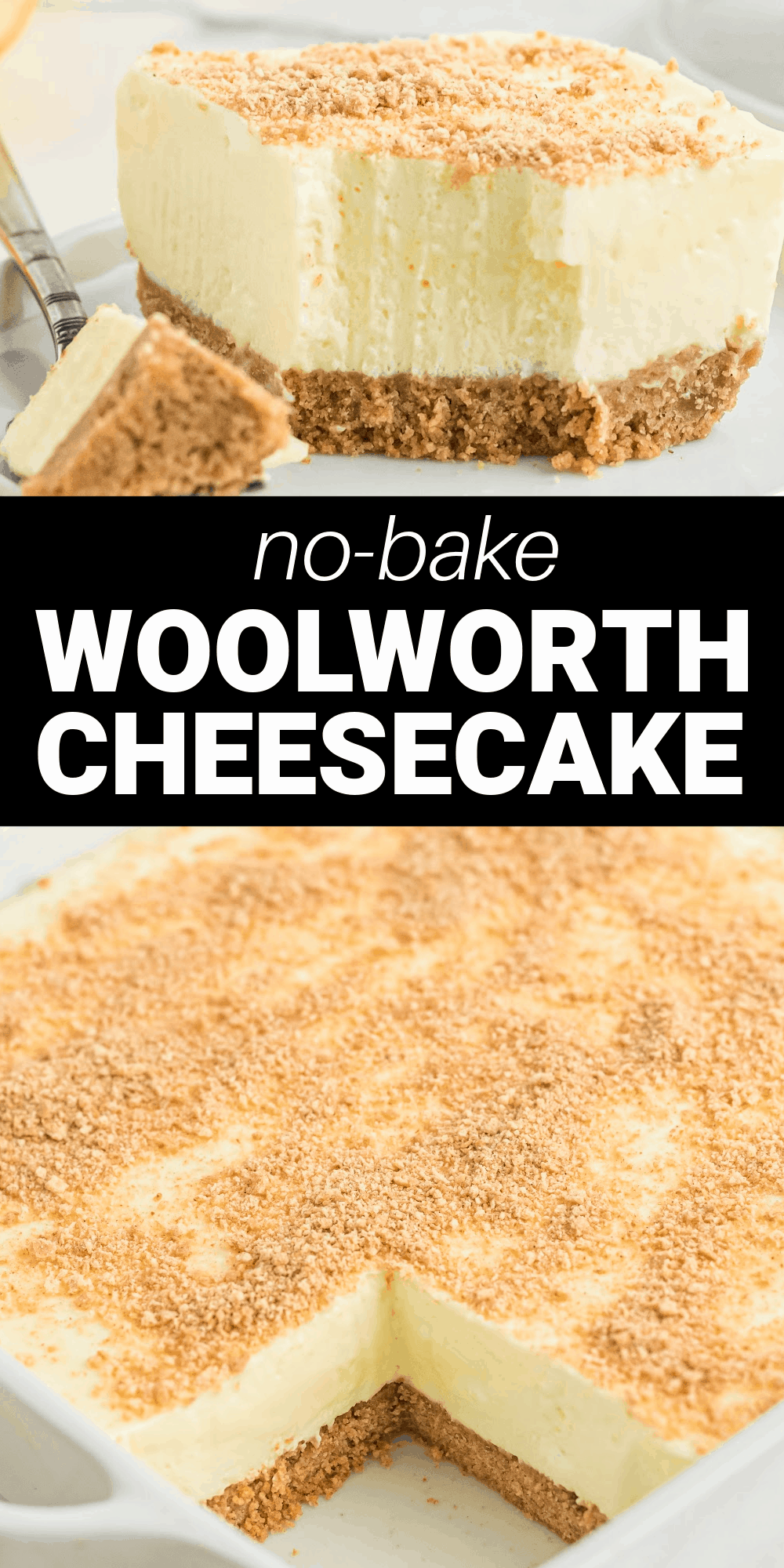 This classic Woolworth Cheesecake is a light and fluffy cheesecake with a hint of lemon flavor. Made with Jell-O, whipped cream, cream cheese, and a graham cracker crust, it has an amazing creamy texture and taste.

I love a good old-fashioned cheesecake recipe and I’m pretty obsessed with this version of a creamy cheesecake.

We love this version of cheesecake because its tastes light and refreshing with just a hint of lemon. The lemon flavor is light and airy and doesn’t overwhelm, but adds the refreshing flavor making this the perfect addition to the end of any meal.

I love that the filling has that lemon flavoring and the light and creamy texture that just doesn’t feel heavy.

This lemony dessert would make a great dessert to bring back fond memories on a holiday like Easter and Mother’s Day. It’s also a refreshing treat dugin the summer months.

We aren’t certain if this is the exact cheesecake they served at Woolworth’s, but it sure is a great recipe!

This recipe is such a classic and this is the original recipe that we’ve used over and over.

What size pan should I use?

If you search for the Woolworth Cheesecake on the Internet you’re going to find that it bakes in a 9×13 pan. The photos you’ll see show a very high cheesecake. When we tested, we decided to bake it in an 8×8 pan to achieve the thicker level of cheesecake.

You can use a 9×13 pan, but will get a thinner cheesecake and may need to adjust the baking time.

How do you keep the crust from getting soggy?

There really isn’t a lot that you can do. The good news is that once you store it in the fridge and keep a lid on it, the crust should stay crispy for a day or so.

The cheesecake also doesn’t have fruit juice or any other type of liquid seeping into it so it should still keep a bit of a crisp.

How to store an icebox cheesecake?

The biggest thing to keep in mind is that you want to store in the fridge with a lid on it. This will keep the flavor fresh and the texture rich and creamy.

This is my version of a nice lemon fluff dessert. It’s one of those cheesecakes that have me thinking back to summer days and remembering a nice, cold dessert such as this waiting in the fridge at home.

Why is it called Woolworths’ Cheesecake?

Woolworth’s was a five-and-dime retail store that also had a lunch counter where they served lunch foods and drinks. It became famous in 1960 when four African-American college students sat down at the Woolworth counter and asked for service. That act ultimately led to the desegregation of the lunch counter.

So, what about the cheesecake? This recipe is called the Woolworth Cheesecake because it’s believed to be the original recipe from the cheesecake that was served at Woolworths back in the day. No matter if this is the actual recipe or not, it’s simply delicious.

How is this recipe different from a New York Cheesecake?

Typically a traditional New York Cheesecake is much richer and has a more dense consistency.

The easiest part about this no-bake cheesecake recipe is that it’s just a mix and chill recipe. It’s a lemon lovers dream! 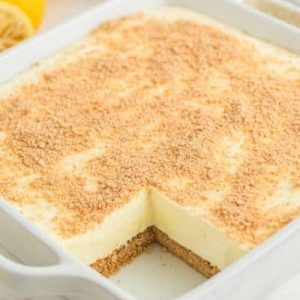