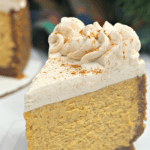 Instant Pot Pumpkin Cheesecake is made with pumpkin puree and is pressure cooked to the most moist delicious dessert that is then elevated to the next level with a cinnamon whipped cream frosting. It’s the perfect holiday dessert. 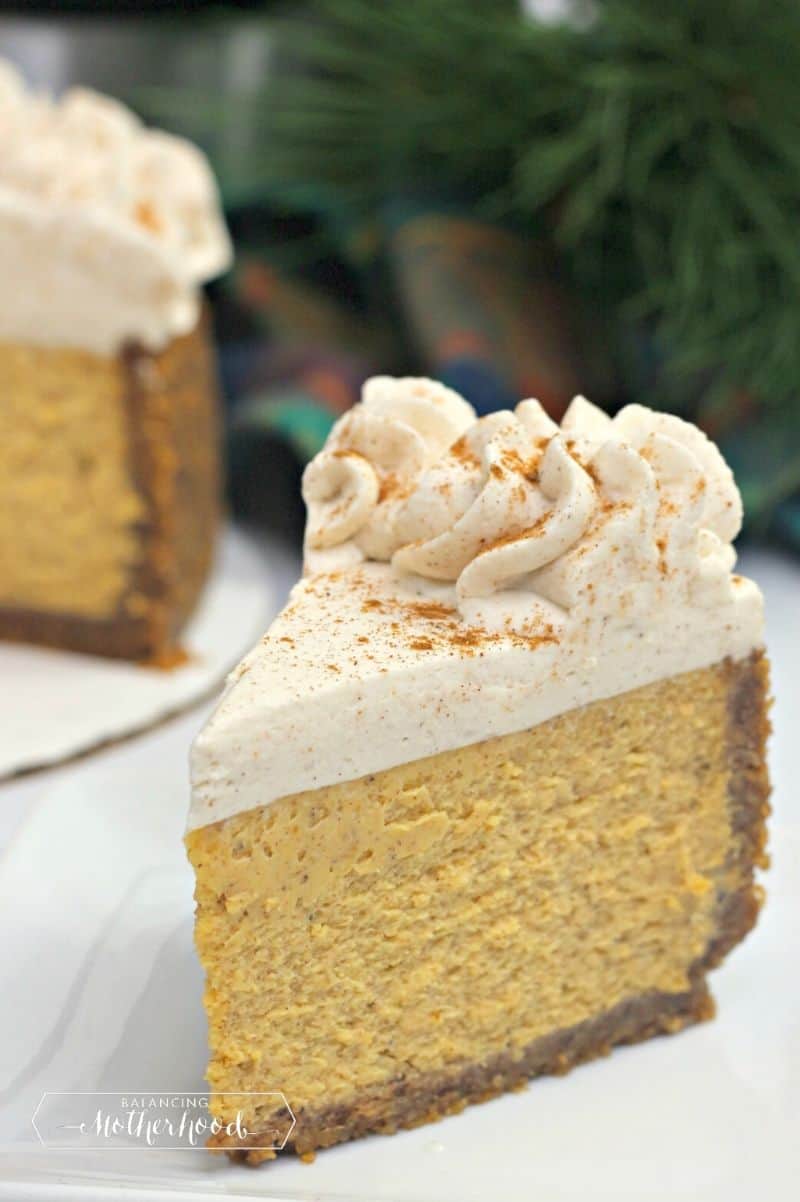 Some people may wonder why I love IP cheesecakes so much! Well, my family and I feel like the cheesecake is more moist and less dense as well as having a better texture. We credit this to the steam that circulates around the cheesecake as it cooks allowing it to be more moist than your typical cheesecake cooked in the oven.

Making and IP cheesecake is one of the simplest ways to make a cheesecake if you follow some simple cheesecake tips and tricks you will have a perfect cheesecake every time.

My Favorite Part of this Instant Pot Cheesecake Recipe 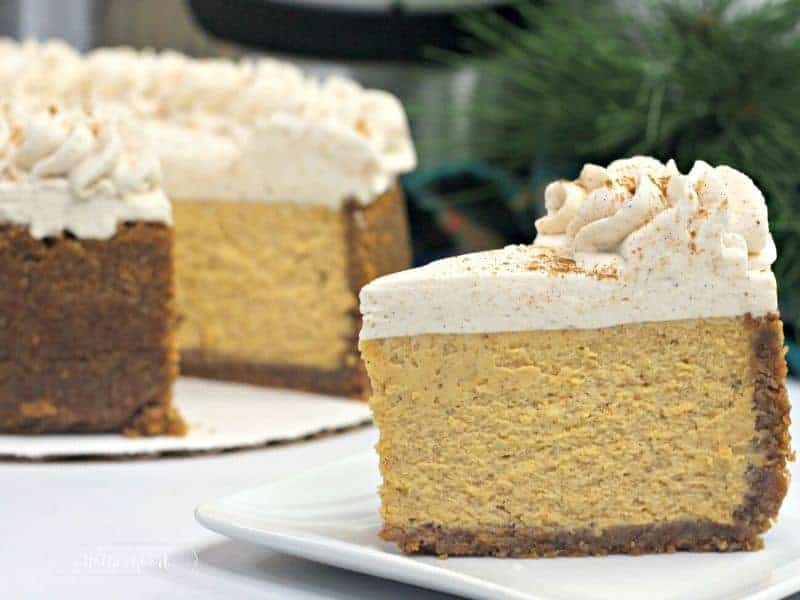 Graham Crackers – Graham crackers give this IP cheesecake the base it needs. The crushed graham crackers will become the crust of this cheesecake.
Ground Pecans – One of my favorite additions to the crust is ground pecans. Be sure to grind them up very fine to ensure the right consistency you need for your crust.
Brown Sugar – Sugar helps sweeten the graham crackers just a bit to make the perfect graham cracker crust. Normally you would use granulated sugar, but the brown sugar gives it the perfect touch.
Cinnamon, Nutmeg, Ginger – Just a little bit of these spices makes you start dreaming of pumpkin pie.
Unsalted Butter- Butter holds all the ingredients together in the crust. Be sure to use enough to ensure the crust sticks together nicely.
Cream Cheese – The key to a perfect cheesecake is cream cheese. I like to use regular cream cheese (not low fat or non fat) to make my cheesecakes. Be sure to allow it to sit out at room temperature so it mixes well with the other ingredients.
Cornstarch – Cornstarch helps to thicken up this cheesecake a bit as well as helps prevent it from cracking.
Eggs – Eggs help the cheesecake thicken, so be sure to add these and combine them well in the Pumpkin Cheesecake filling.
Heavy Whipping Cream – This IP Pumpkin Cheesecake is so fluffy with the addition of the heavy whipping cream into the filling.
Pumpkin Pie Puree – When picking up the pumpkin puree at the store be sure you get the regular flavored one so all the other flavors in this cheesecake are not overpowered by the pumpkin.
Vanilla Extract – Vanilla is a delightful addition to this cheesecake.
Nutmeg, Pumpkin Pie Spice, Ground Cloves, All Spice – By adding these spices, you will give this Instant Pot Pumpkin Cheesecake the pumpkin pie flavor you are hoping for.

Making this Instant pot Pumpkin pie Cheesecake is so easy to make with not a lot of prep. By far one of my favorite desserts to make because of this reason! 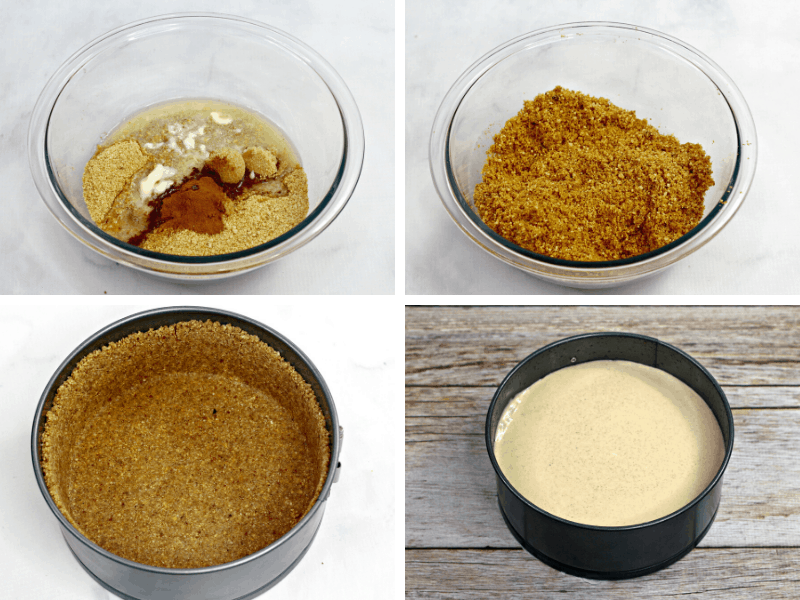 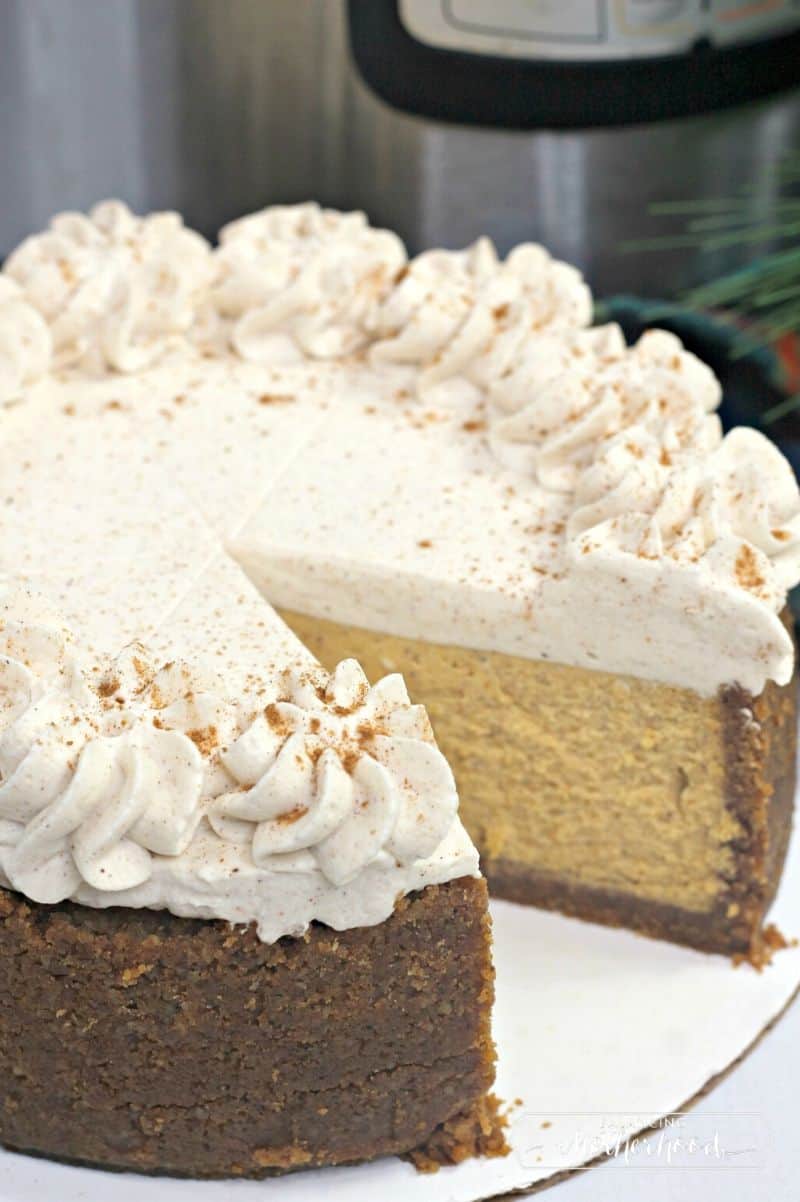 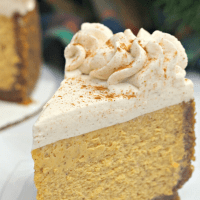