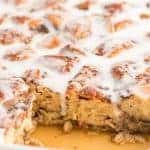 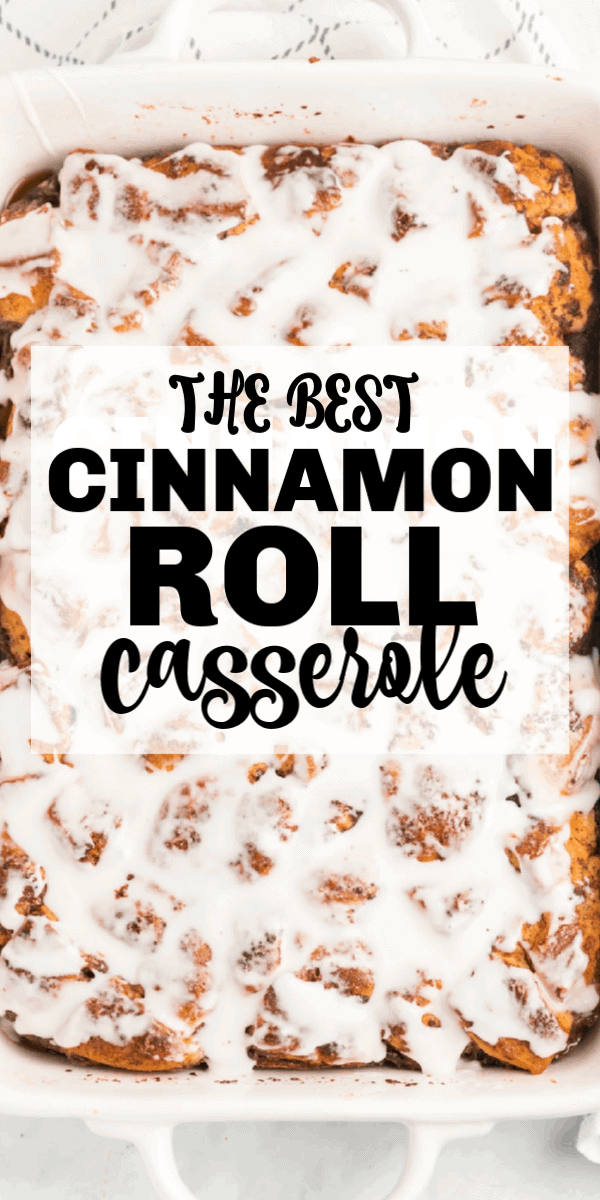 You might also love our other easy breakfast sticky buns with biscuits.

What makes this breakfast so good is that it combines two favorites: cinnamon rolls and french toast. It’s easy to get tired of the same old breakfast casseroles and treats, but this one puts two of the best together.

And, it’s so easy to make, there are only a few simple steps. It starts with canned cinnamon rolls – what could be easier than that?

This gooey breakfast casserole is the perfect treat for a special occasion, holiday breakfast, or just a special weekend breakfast!

Your family will love waking up to the smell of cinnamon and syrup and will be ready to devour this breakfast casserole!

cinnamon rolls – you’ll need two containers (cans, as we call them) of canned cinnamon rolls. Get the ones with the icing included as you’ll use that as a base for the icing

cinnamon, vanilla and maple syrup – these ingredients will add even more cinnamon flavor and also make it taste creamy and rich like french toast

Can You Make This Ahead of Time?

If you want to prepare this cinnamon roll french toast bake the night before, it’s easy to do so. Just make it as per the instructions right up until you would bake it. Cover the dish and place in refrigerator overnight.

The next morning, place on counter to come to room temperature while the oven preheats. Bake as directed.

What to Serve with Cinnamon Roll Casserole?

We love to have some options for the sides of this recipe:

In the fall, you’ll love our pumpkin french toast casserole.