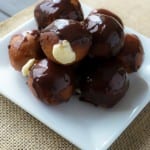 Boston creme donut holes are mini versions of boston creme donuts. I actually like this small version better than the large counterpart because you can pop this entire donut into your mouth instead of having to take a big, messy bite of the full-sized donut. 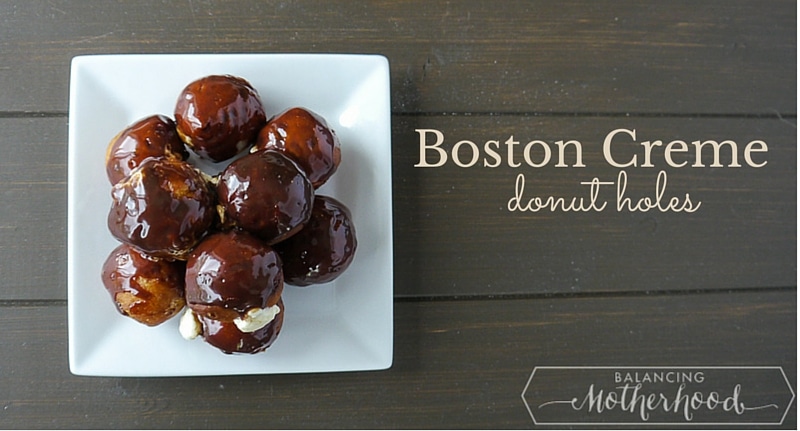 Several months ago I attempted to make Boston Creme donuts from canned biscuits. Let’s just say it was trial and error and I only got a few donuts out of the effort. My main problem was that I didn’t use a thermometer to monitor the oil temperature.  I ended up with maybe two good donuts — but those two were delicious! I said I would try again and see if I could get it to work. Today’s recipe is the new and improved, smaller version.

You need a few ingredients to make these donut holes. Since we’re using canned biscuit dough, it makes it very easy. 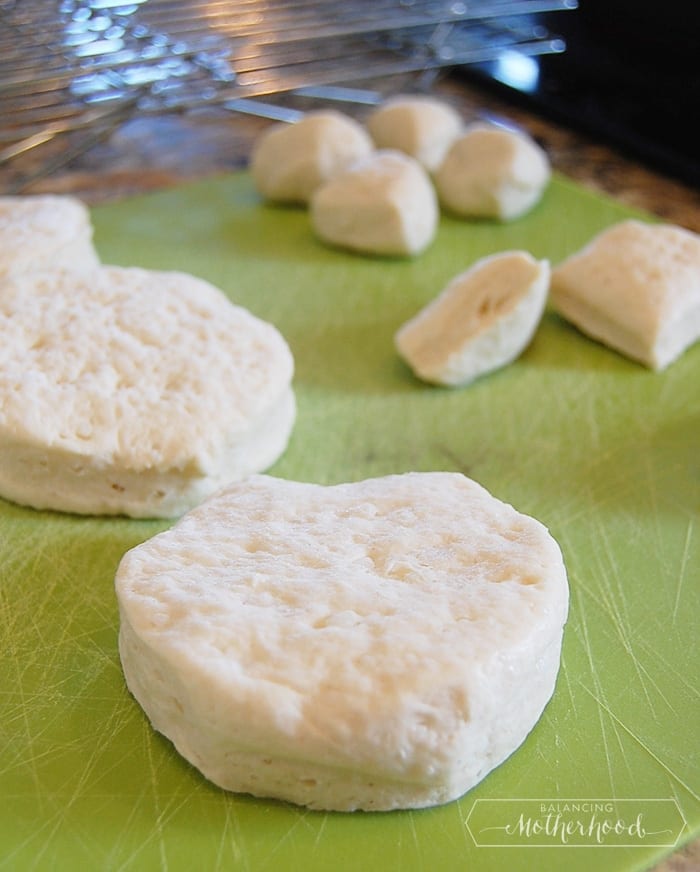 Start with canned biscuits. One of my most popular Pinterest Pins is from a recipe where I use canned biscuit dough to make baked cinnamon sugar donuts. Those guys are amazing! This is a slight spin-off from that recipe.

From this recipe you can make an entire Boston creme donut by frying the entire biscuit, but I decided from my earlier attempt that was too much for one donut. I wanted something bite sized. 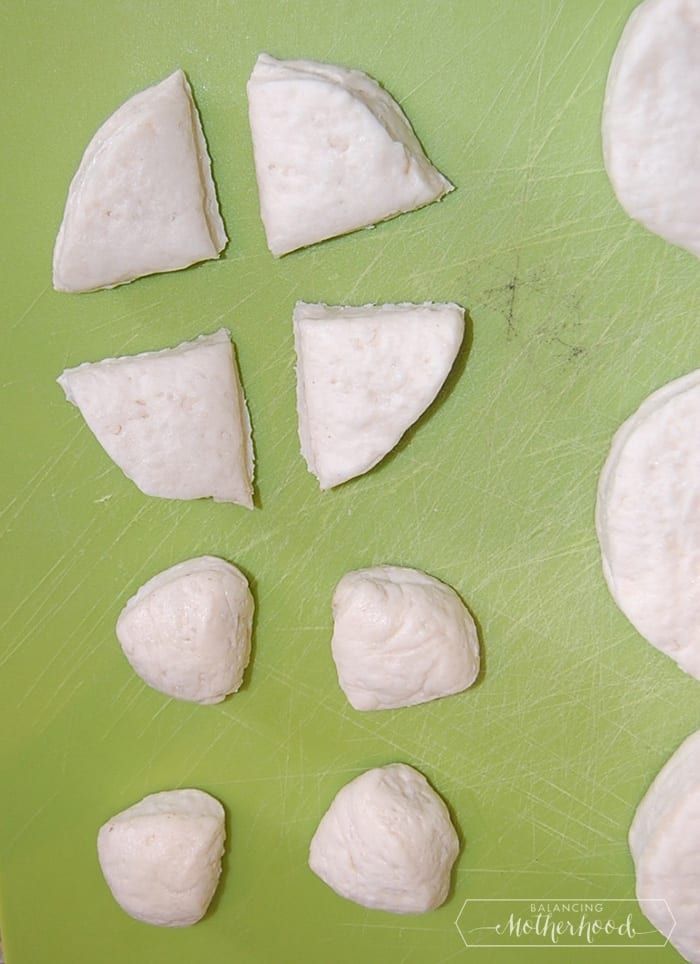 Cut the large biscuit into fourths, and roll each quarter into a ball. Easy peasy. 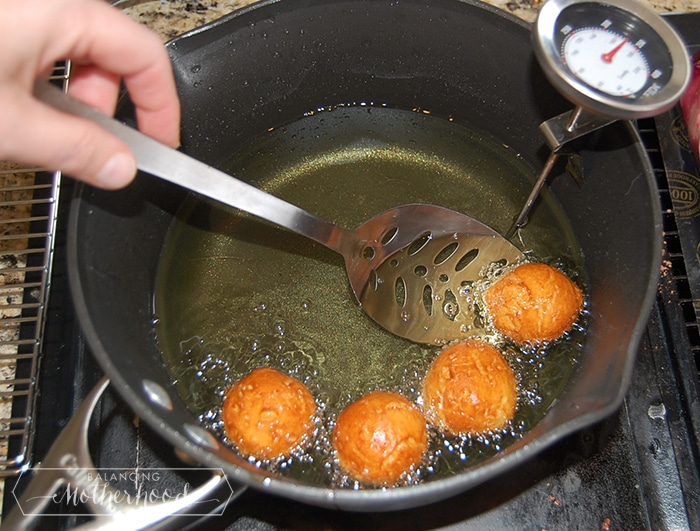 Then you fry each ball until golden brown. This process is tricky and you need to pay attention to your oil. If the temperature gets over 350 you’ll end up burning the outside, but the inside will be raw. My best tip is to fry one or two (two minutes at 350, turning at the 1 minute point), take them out and let rest for 1-2 minutes. Cut one open to make sure the inside is cooked through. If not, adjust your cooking time.

The other important thing to keep in mind when frying is to limit each frying batch to four donuts. Of course this depends on the size of your pot, but four is a good number that will allow enough room for them to crisp and to keep the temperature consistent. After frying a few batches you may need to let the oil heat to 350 again. 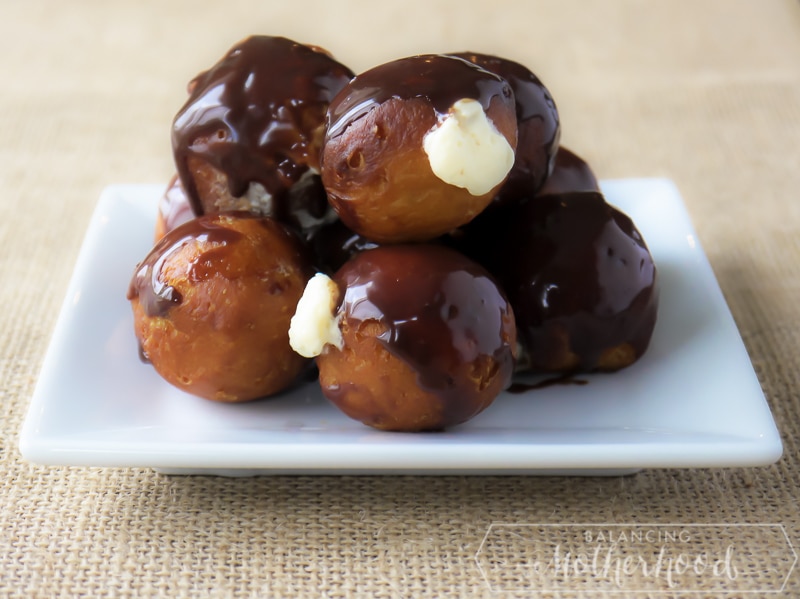 After you’ve fried all the donut holes, stuff them with the filling and top with ganache.

Every part of this little creation is delicious and easy to create. The creme is made from a French Vanilla pudding mix with real whipped cream folded in. If you’re in a hurry you can substitute a pre-made whipped topping for the real whipped cream, but trust me, making whipped cream is SO EASY. If you’ve ever made whipped cream from scratch, you’ll never go back to the store bought containers. But, I don’t judge — heck, I’m using store-bought dough here! Just go with whatever works! 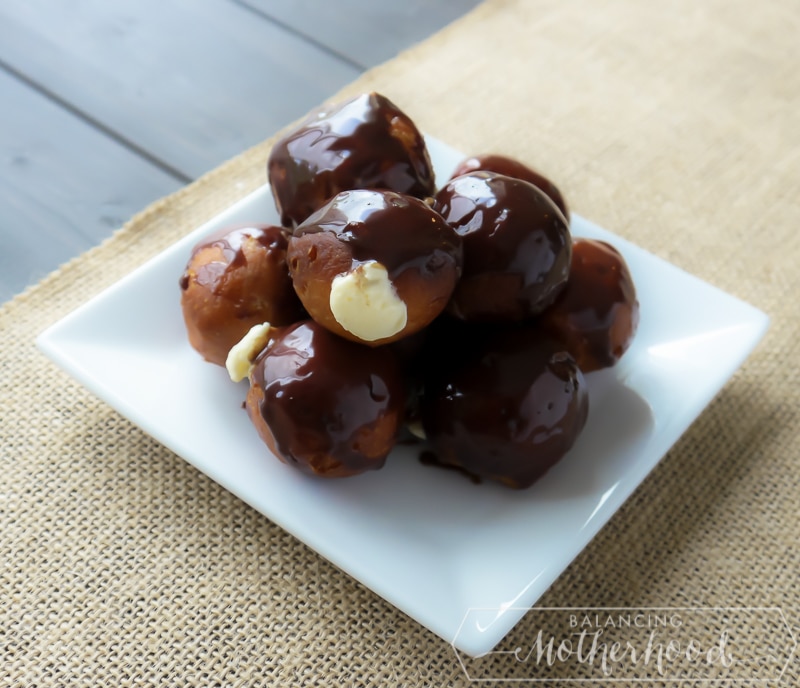 The top is a rich chocolate ganache that is made with only two ingredients — chocolate morsels and heavy cream. You can add a tiny bit of corn syrup to get an added shine to the ganache. 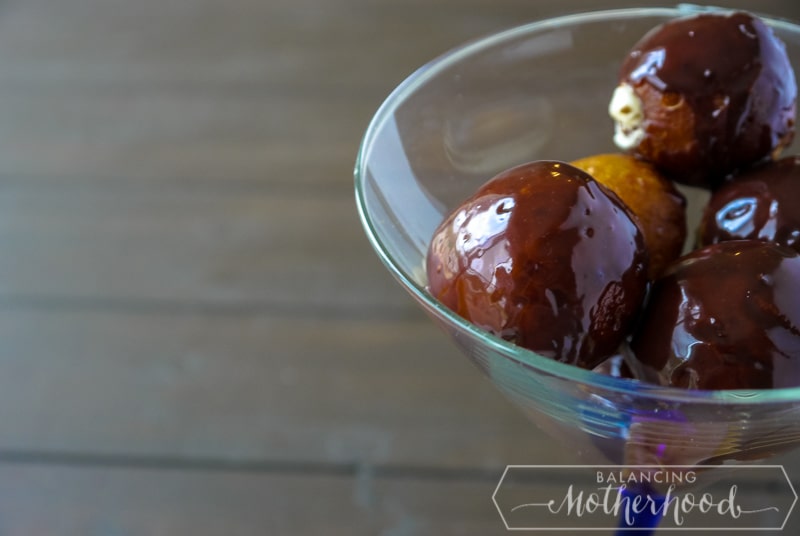 These Boston creme donut holes can be as fancy or as plain as you want, and they’ll be gone in no time flat! 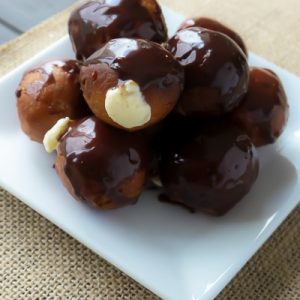 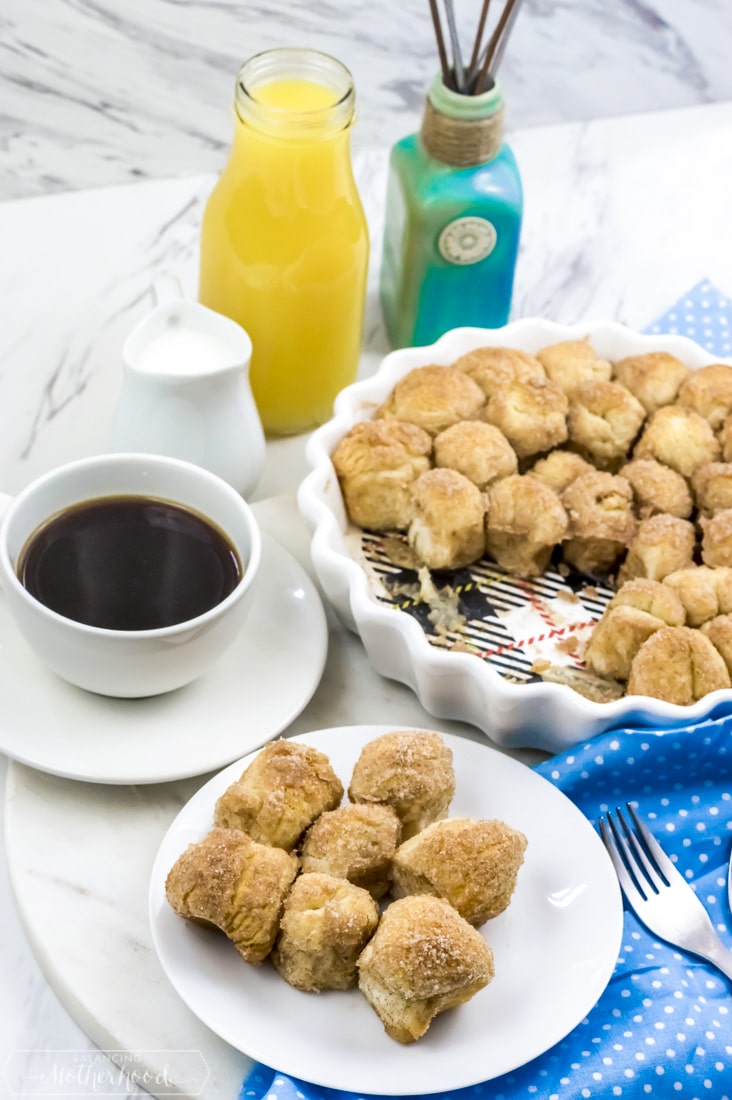