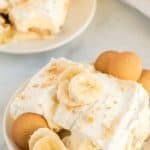 This Banana Pudding recipe is a no-bake southern dessert that is filled with creamy pudding, and sliced bananas. Add vanilla wafers and our family secret ingredient, and this dessert will be devoured.

It’s super easy to make, tastes delicious, and is an instant crowd favorite making it a go-to dessert for any occasion! 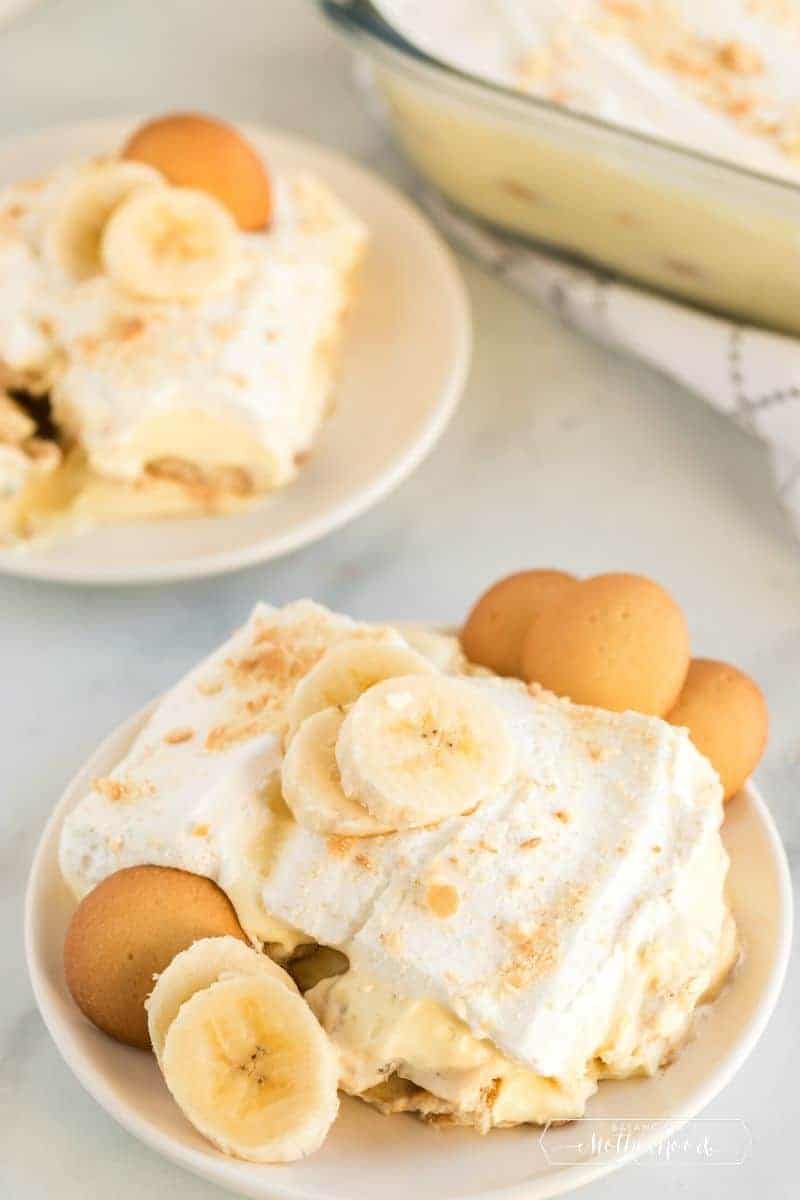 I love easy banana desserts like my No Bake Banana Split Cake, so when I had some ripe bananas that I needed to use in the kitchen I decided it was time to bring out this southern classic, this banana pudding recipe.

This particular recipe is tried and tested. Every month our church has a big community potluck lunch and one woman always, and I mean ALWAYS, brings banana pudding. Hers is always beautifully displayed in a large, glass trifle bowl. She even arranges the bananas on the side of the bowl so they’d show through.

And, it was alway a hit. No one else in the church dares make a banana pudding dessert for fear it wouldn’t stand up to Hilda’s recipe.

I asked several friends for recommendations on how they make their homemade banana pudding. I even posted the question on Facebook to get friends reactions, and boy, did I get reactions! People are passionate about banana pudding.

Then I tested several versions and came out with the one I knew was right – this recipe contains sour cream, which makes ALL the difference.

This delicious and flavorful banana pudding dessert is a perfect addition to your next family dinner party or social.

Banana pudding is easy and simple to make. This is simply the BEST Banana Pudding Recipe and it has very few ingredients and I promise everyone who tries it will be asking for the recipe!

It’s is the ultimate southern dessert as it combines layers of vanilla wafers, vanilla pudding, bananas and is topped with whipped cream. This easy dessert has quickly become a family favorite.

Vanilla Instant Pudding Mix – Be sure you buy instant pudding. This recipe will not work with cook and serve pudding. Also, be sure you get vanilla flavor pudding only. Any other flavor will drastically change the flavor of banana pudding.

Milk – Milk helps the instant pudding gain flavor. I love to use whole milk to add the most flavor, but you can opt for a lower fat milk if you choose.

Bananas –  You can’t have banana pudding without bananas! Use a ripe banana to really get all the banana flavor that you can!

How To Make Banana Pudding Recipe 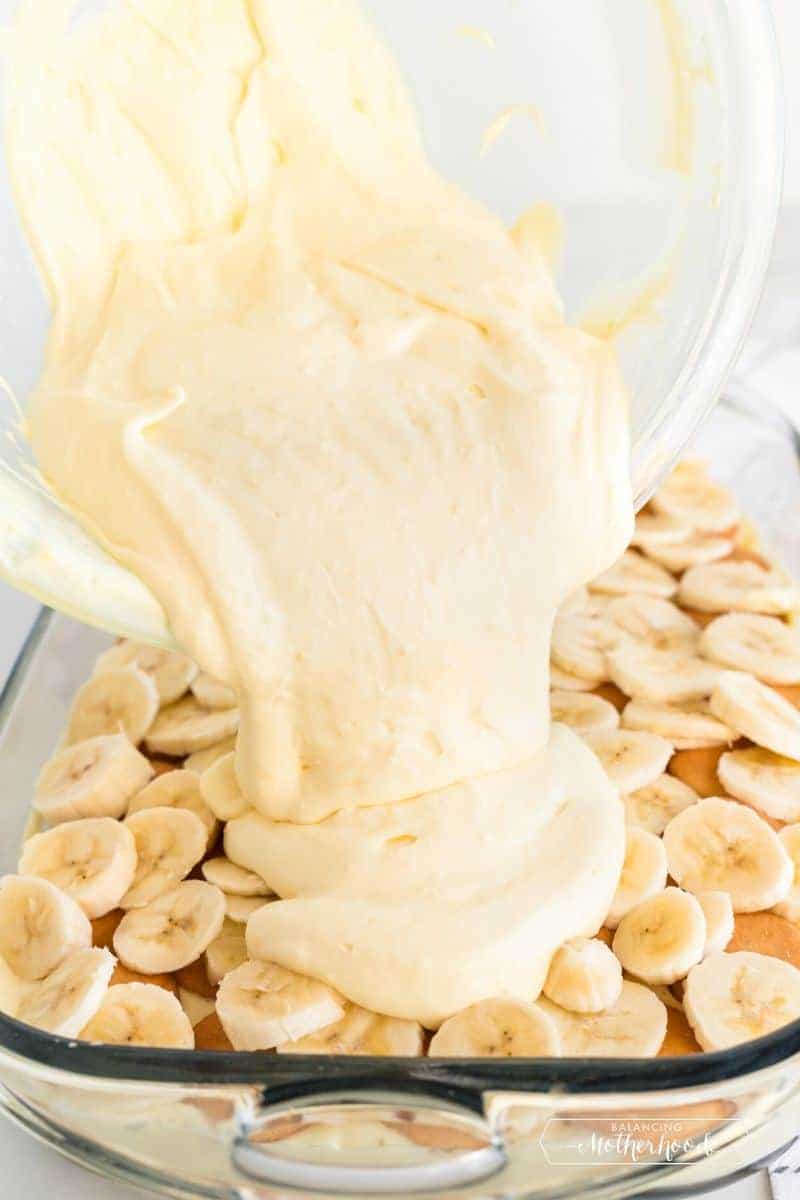 Tips and Notes for Making this Banana Pudding Recipe 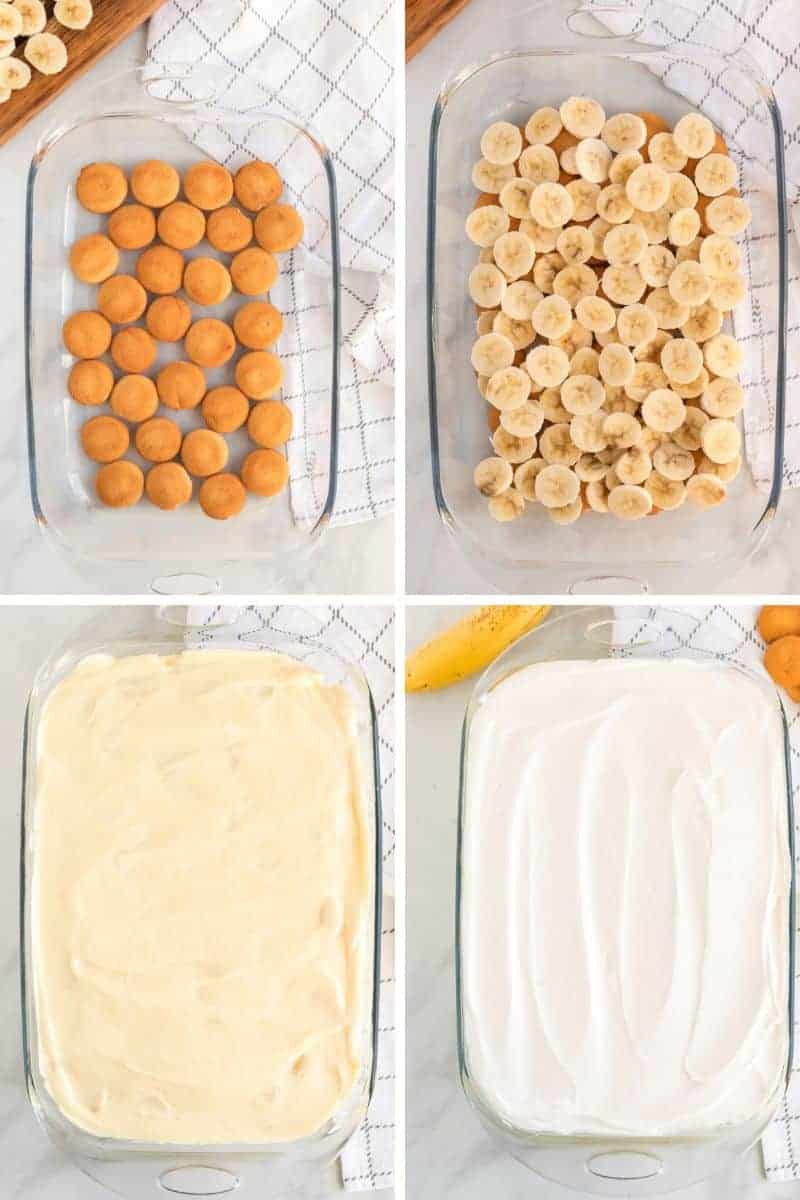 Can I Use a Different Dish?

You can most definitely use another type of dish to make banana pudding. I have made it in a trifle bowl, large salad bowl, and even in individual serving goblets.

You can be as creative as you are wanting because this recipe is made in layers you can use really any shape and size!

Can You Make Banana Pudding in Advance?

Banana pudding can indeed be made ahead of time, however, I prefer to make it and eat it all on the same day. If you do make it ahead of time just be aware that the bananas will likely brown due to being exposed to air.

Can You Use Low-fat Milk in Banana Pudding?

Yes, you can use skim milk or reduced-fat milk when making Banana Pudding. It is not the milk fat that makes the pudding set.

However, it does lose some of the flavors when you use reduced-fat milk.

How Do I Store Banana Pudding?

Once you make your banana pudding you will want to place it in an airtight container or cover with aluminum foil to help keep the air out.

Once covered, you want to place it immediately in the fridge.

How Do I Store Leftovers?

To store leftover banana pudding, you will want to keep it in an airtight container and place it in the fridge immediately after serving to prevent it from becoming runny.

How long Does Banana Pudding Last?

Banana Pudding only lasts for up to 48 hours. After that the bananas are brown and the pudding becomes runny

Can I Make Banana Pudding Parfaits with this Recipe?

You can even make individual parfaits in clear glasses.

How Do I Keep My Bananas From Turning Brown?

To help keep your bananas from turning brown in this dessert you’ll want to toss your sliced bananas in lemon juice, orange juice or even sprite.

Tossing your sliced bananas in one of these liquids will help delay the oxidation process.

I don’t usually use anything because I serve this dessert and eat it right away. But, I would opt for lemon juice because the tartness of the lemon works really well with the banana pudding flavoring. 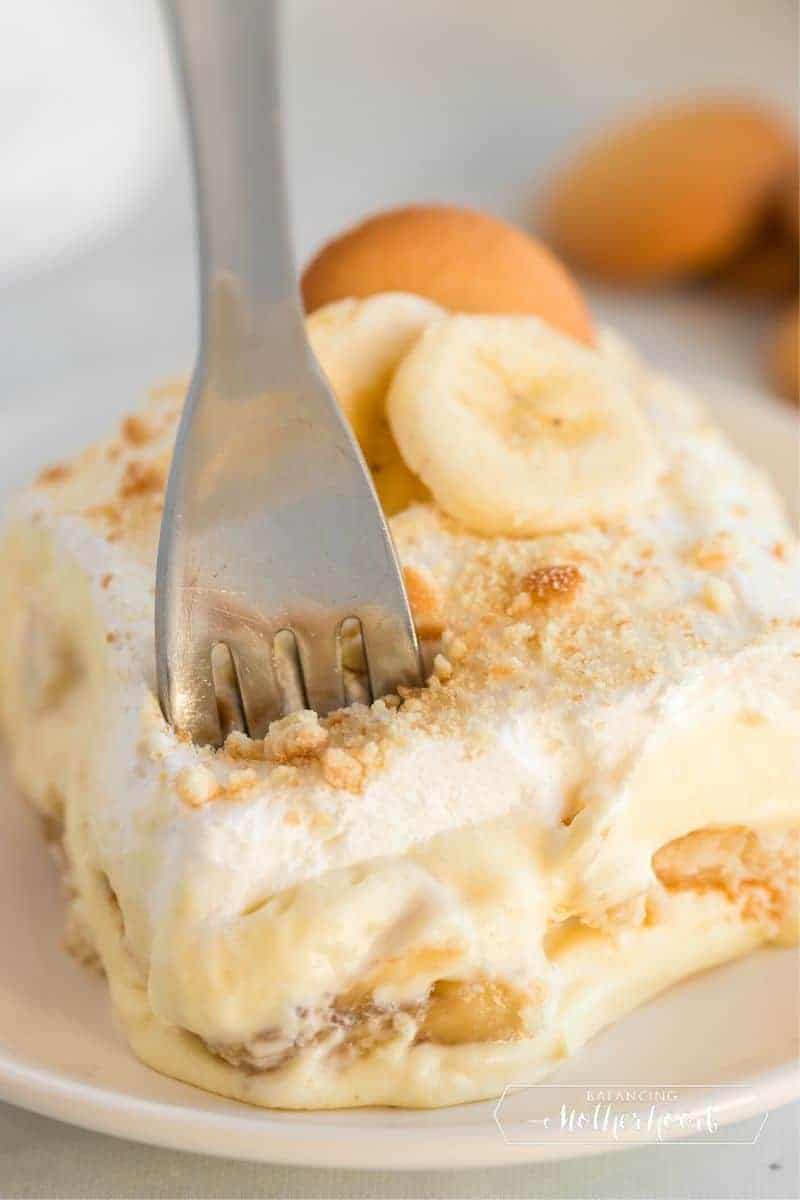 What Can I Add to This Dessert?

Sure you can add different things to your banana pudding. Try adding:

LOOKING FOR OTHER GREAT DESSERT RECIPES? CHECK THESE OUT! 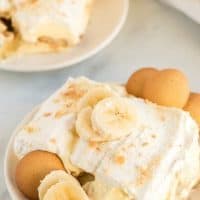