This easy Instant Pot corn on the cob recipe will make cooking corn so on the cob quick and easy. Corn is a great side dish in the summer since it’s fresh. You can even cook ahead and eat later. 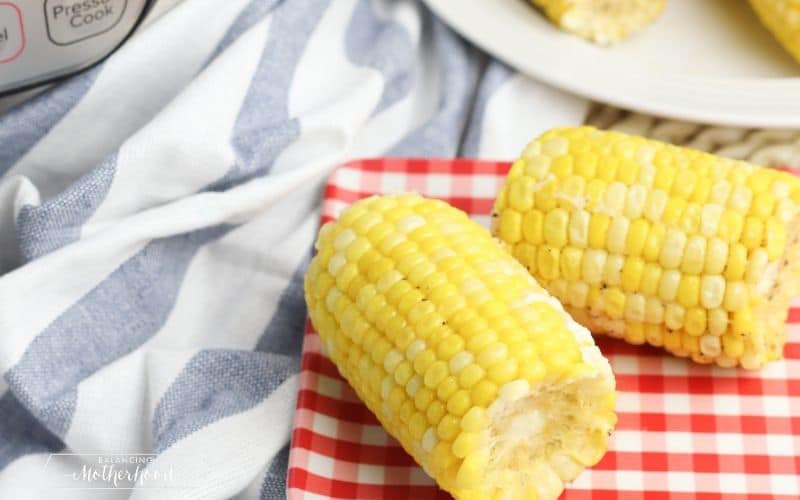 Instant Pot Corn on the Cob

The addition of milk produces a very tender and sweet corn.

Some people like to add sugar to their corn, but I don’t think it’s necessary. For one, I’m not a proponent of adding sugar unless you need to contradict another flavor (like something too salty). Second, it’s just not necessary in corn if you get good, fresh corn. But add if you usually do.

How to Make Corn on the Cob in the Instant Pot

Husk and clean fresh corn. Remove all the strings and break the corn in half. You can just hold the corn in two hands and break — this is very therapeutic. Or, you can be more civilized and cut with a kitchen knife.

Set up your Instant Pot and place corn on bottom. 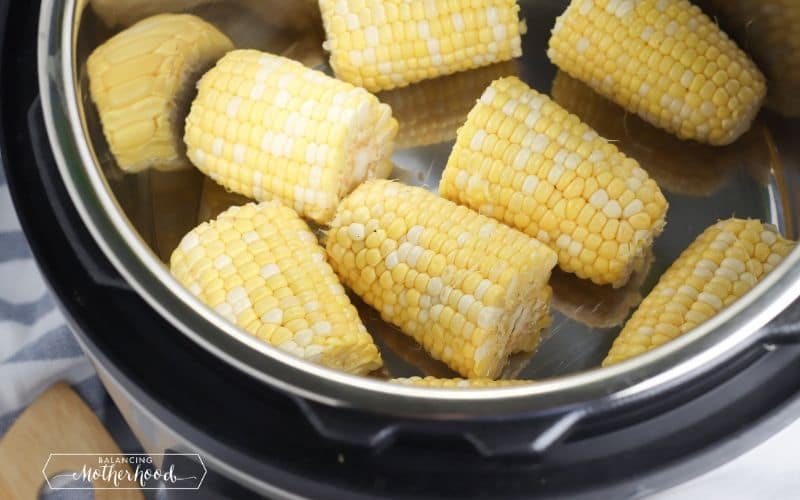 Mix the milk and water in a small bowl and pour into the Instant Pot, covering the corn. 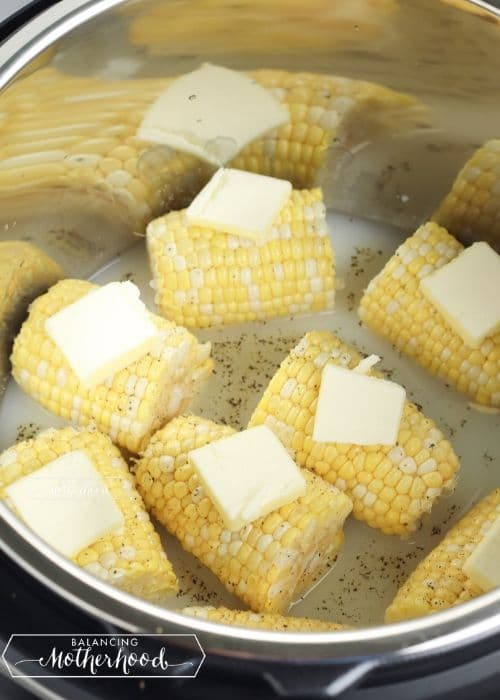 Top each piece of corn with a pat of butter.

Place the lid on the Instant Pot and secure. Set the vent to seal. Then set the time for 6 minutes. 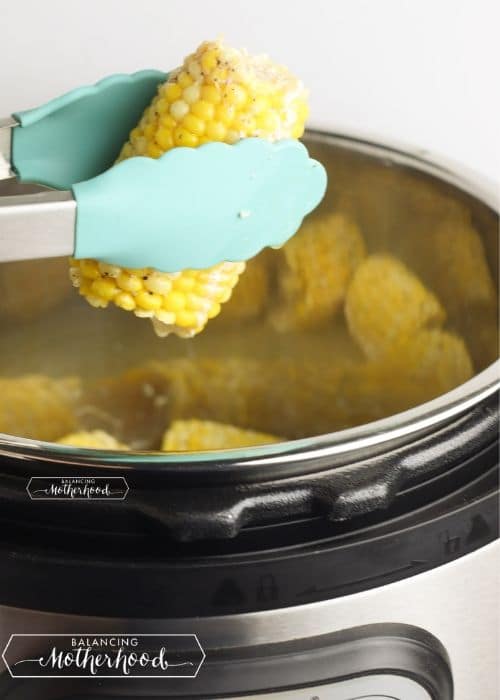 Release the pressure and take the lid off. Remove the corn. 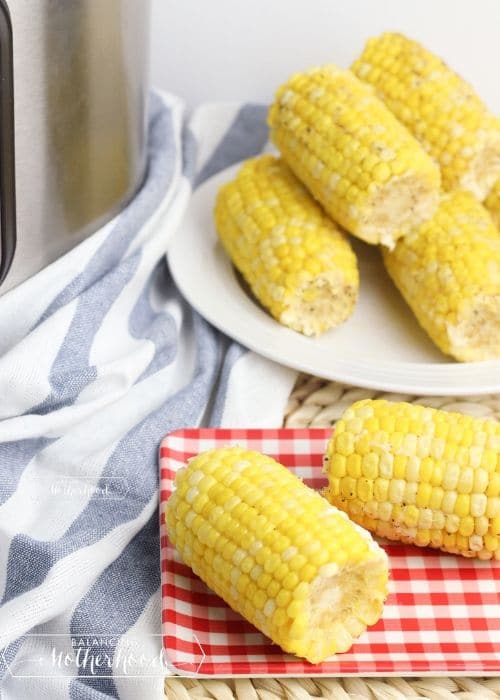 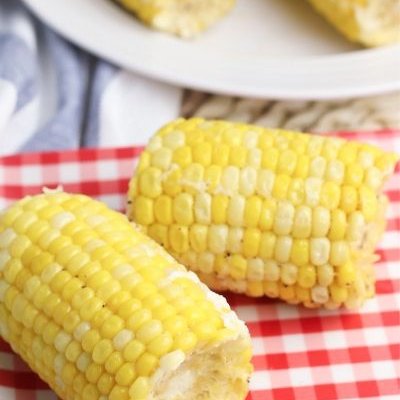 Instant Pot Corn on the Cob

Get other Instant Pot recipes, including some that are done in 20 minutes or less! This Instant Pot peach cobbler is a great dessert.

ABOUT ALICIA: Alicia is the founder of Balancing Motherhood.com. Last year, she managed to stay sane while completing an MBA, working full-time, blogging, and still baking amazing birthday cakes — all while raising a young family at home.
« The Best Beach Umbrella (and Sport Umbrella)
Candy Bar Sandwich Cookie Recipe »