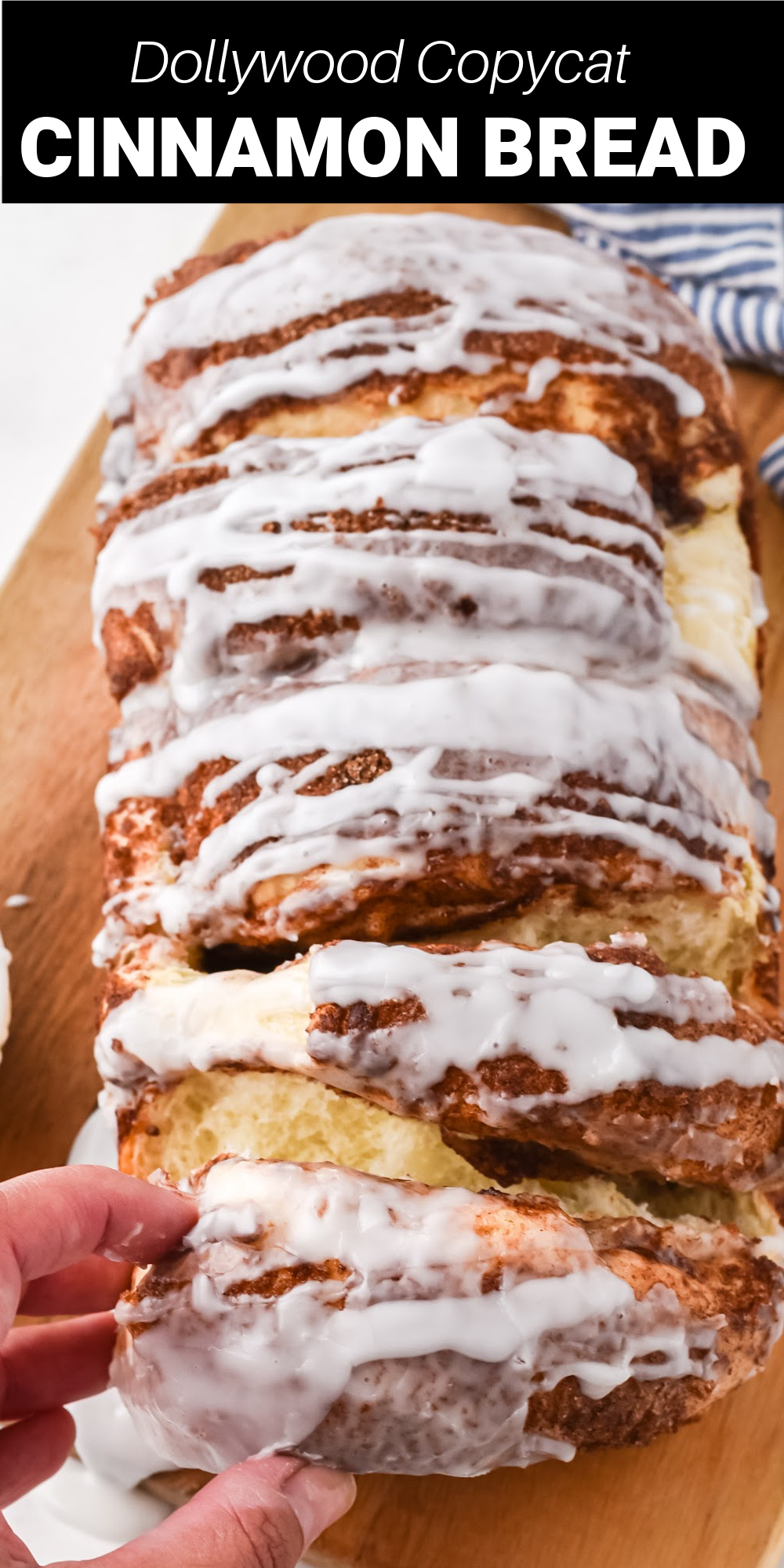 This warm and inviting pull apart Dollywood Cinnamon Bread is tender and moist and absolutely irresistible. Inspired by the cinnamon bread from the famous theme park, this is a quick and easy no-knead recipe that always turns out prefect, even for the most inexperienced bakers.

Pigeon Forge, Tennessee is one of the top tourist destinations in our country. Nestled just on the edge of the Great Smokey Mountains, it has something for people of all ages. It’s also home of Dollywood, a Golden Ticket Award winning theme park that offers everything from thrilling roller coasters, dinner shows and performances, gorgeous Christmas decorations to some of the best Southern eats you’ve ever tasted.

The theme park food offered at Dollywood is nothing like you have ever tried! Whether it’s popular dishes like barbeque pork sandwiches from the Hickory House BBQ to the fried chicken on the buffet from Aunt Granny’s Restaurant, it’s impossible to leave this place hungry. Of all the food offerings there is one that stands out above all the rest. The park has an operating grist mill that makes the best cinnamon bread you’ve ever had, fondly called Dollywood Bread.

Even before you see the long line of people waiting to buy it, the mouth-watering aroma of those warm loaves of cinnamon bread draws you in and leads the way for you. Sounds pretty tempting, right? With this recipe, you can make that same fabulous bread right in your own kitchen.

This famous cinnamon bread is so incredibly soft and moist and has the most mouth-watering flavors of cinnamon in every single bite. It’s topped off with a delectable glaze that makes this bread recipe so irresistible, it’s almost impossible to eat just one slice! But then again, no one says you have to!

You can serve this glazed cinnamon bread for breakfast but it’s also great for dessert. A slice in the morning with a side of fresh fruit salsa and a cup of coffee just couldn’t get any better. Served as a dessert with a scoop of homemade ice cream is a delicious treat.

Step One: Preparing the Bread

How To Store Glazed Cinnamon Bread?

Can I Make Mini Loaves with this Recipe?

You sure can! Instead of making one large loaf, you can divide the dough into pieces and bake them in 3 5-inch loaf pans. Make sure each of the prepared pans are lined with parchment paper.

Some recipes also call for splitting the dough in half to make two loaves. You’ll get smaller portions, but just as good. 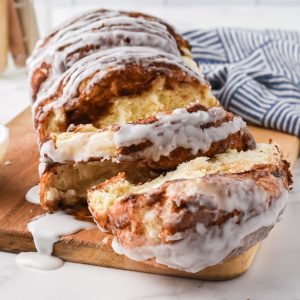