The Disney Dole Whip Recipe is a special treat when visiting one of the Walt Disney World theme parks, but now you can make this classic pineapple dole whip at home with just three ingredients!
Jump to Recipe Print Recipe 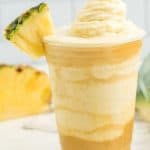 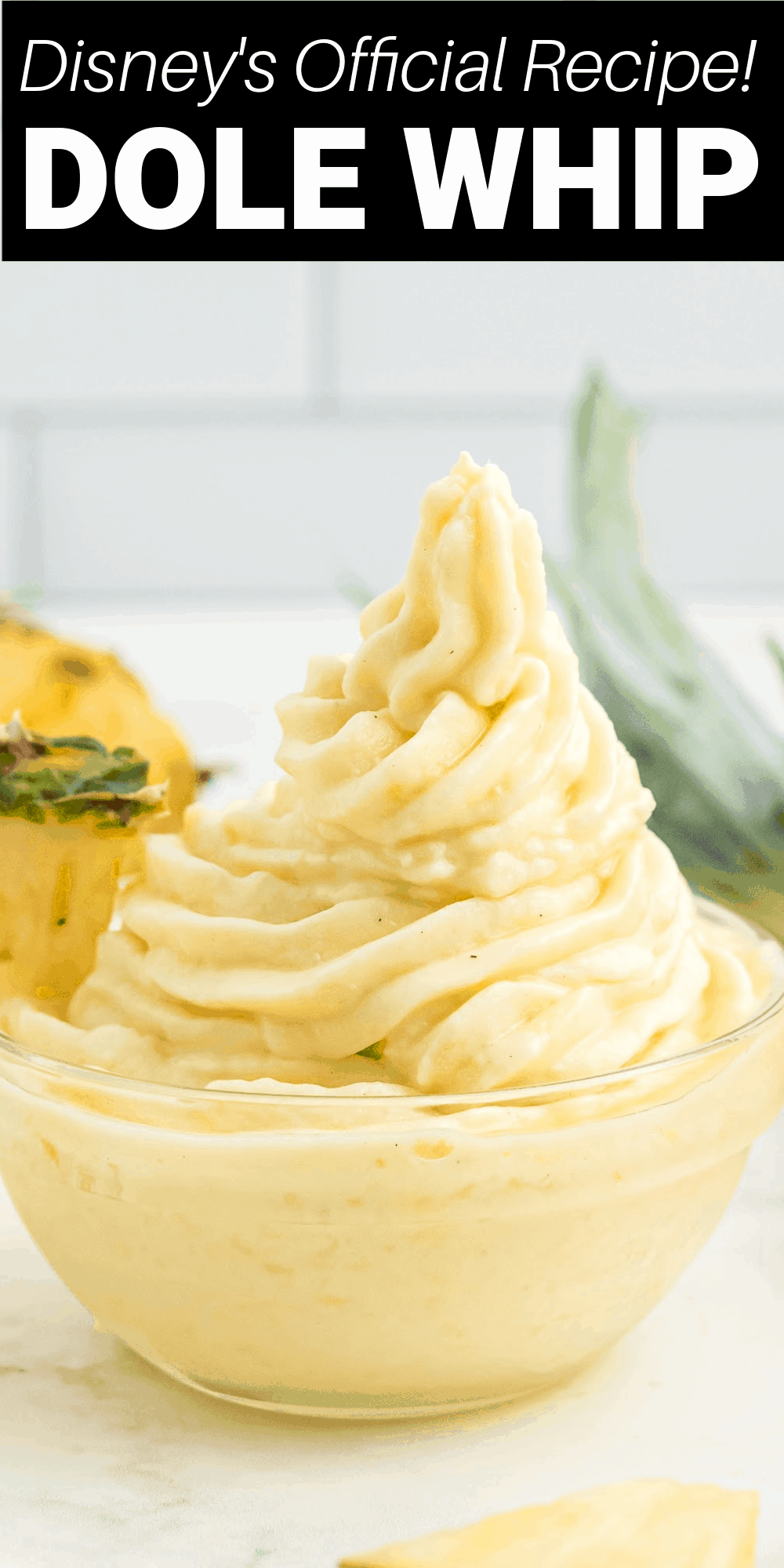 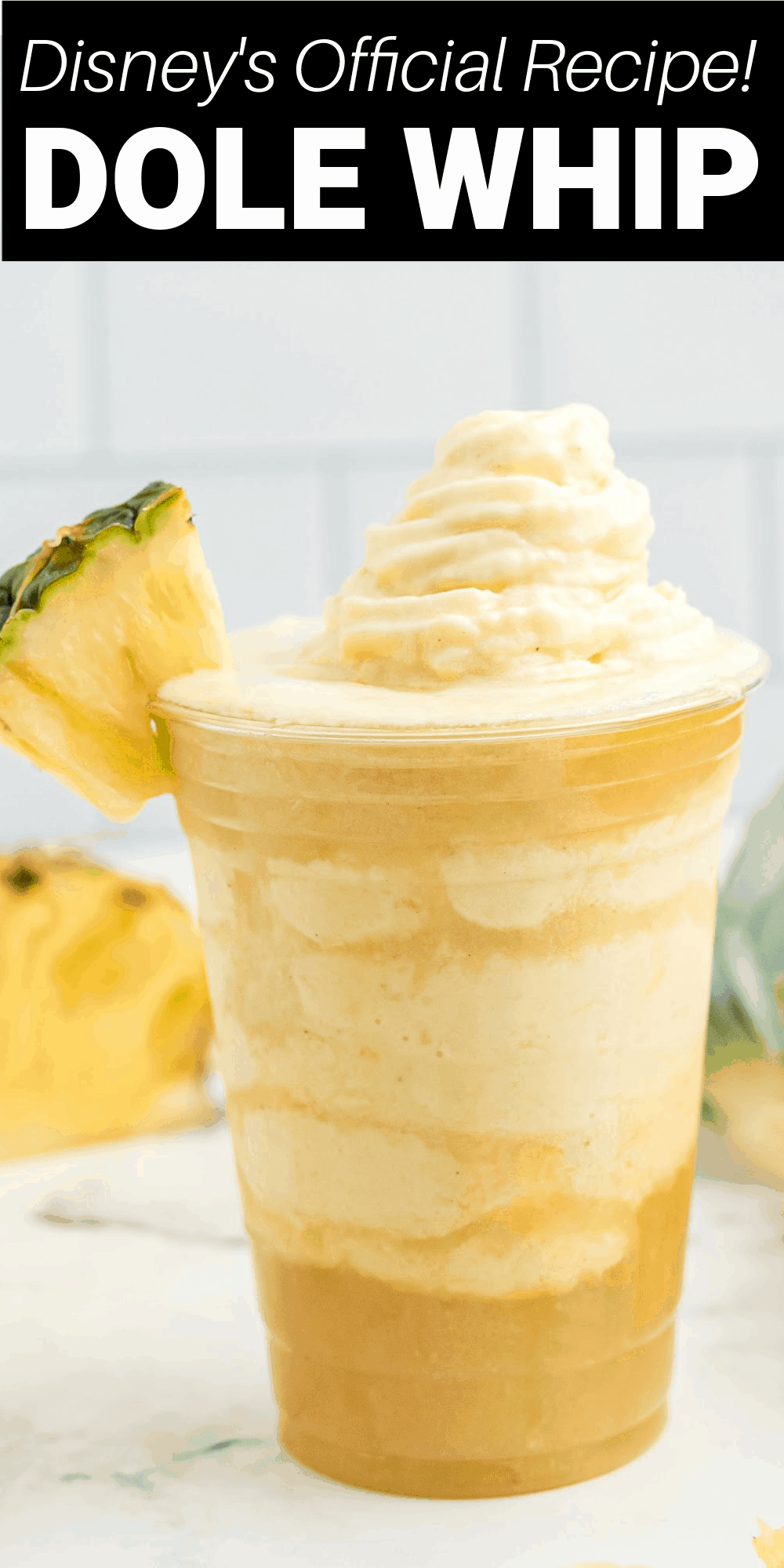 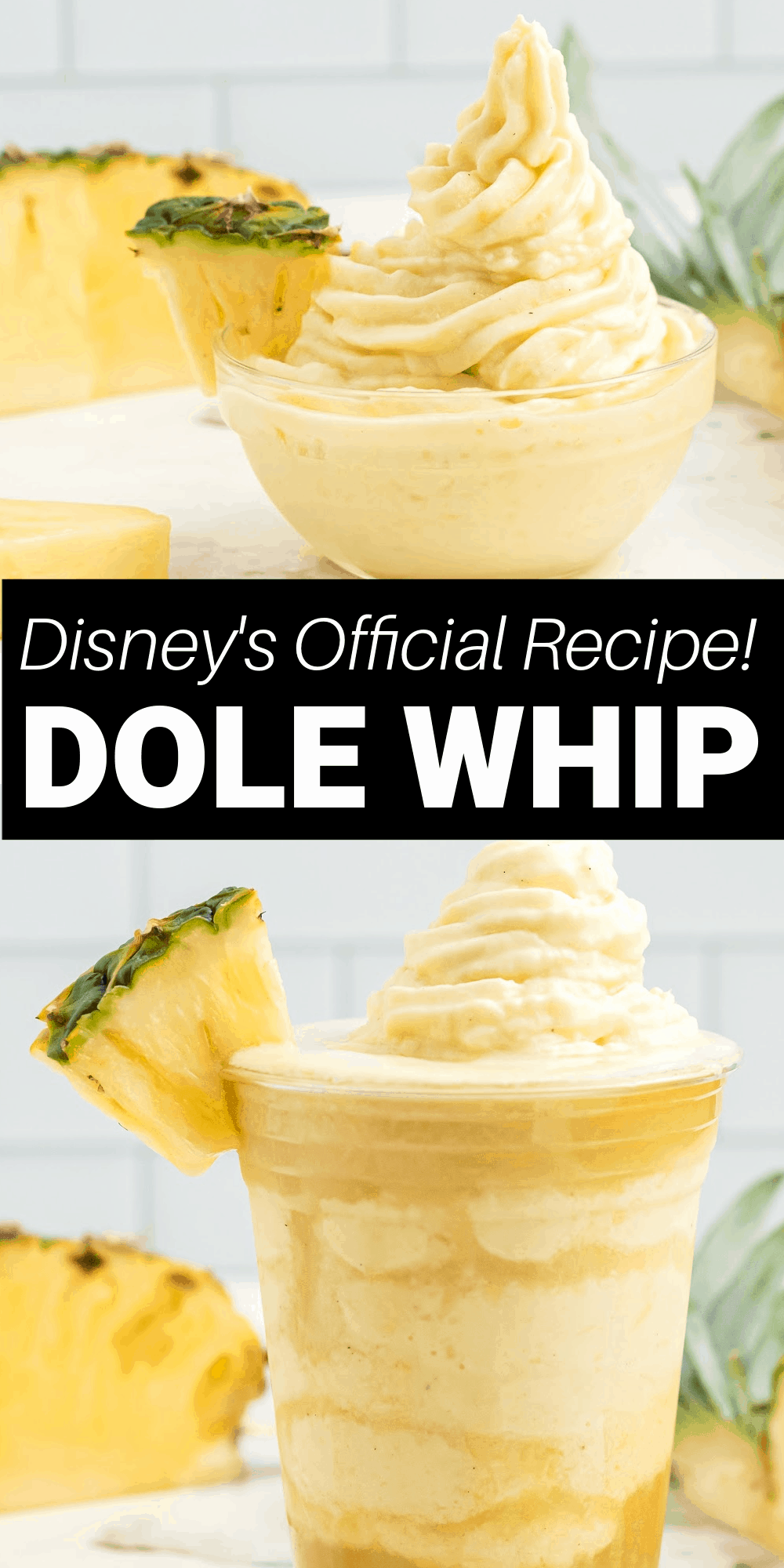 The Disney Dole Whip Recipe is a special treat when visiting one of the Walt Disney World theme parks, but now you can make this classic pineapple dole whip at home with just three ingredients!

If you’re a fan of Disney’s tastes and flavors, you’re going to love this tasty pineapple treat.

It’s not only delicious but it’s such a refreshing texture and temp, too. This taste JUST LIKE the Dole Whip from Disney! Now, you can have Disney Magic at home.

My family lived in Orlando for years and had annual passes to Disney, but we never tried the famous Dole Whip treat.

A few years ago while we were visiting the Magic Kingdom during the summer when it can easily be in the 90s all day long. We were hot and tried and needed some refreshment. I tried the pineapple dole whip for the first time and was amazed I’d never had it before. It’s so creamy and refreshing on a hot day. It quickly became my favorite Disney snack.

I may even like it better than the Mickey ice cream bars!! It’s that good!

I got the version that served as a dole whip float, similar to an ice cream float. My kids got the “whip” version that’s served like ice cream.

And, let’s be clear, this isn’t a copycat dole whip recipe, it’s the official Disney Dole Whip recipe. In 2020 Disney released the official recipe on the Disney parks blog so people like you and me can make it at home.

I’ve left out the very best part of this official Dole Whip recipe. All it takes is three simple ingredients to make. It’s an easy recipe. This is one delicious dessert that you can literally make at the drop of a hat.

My kids get so excited when I make this recipe because they know it literally never fails and it reminds them of being at Disney World. And to be honest, the kid in me gets excited about it as well. I’m a huge Disney fan and this recipe always takes me right back.

And, since we lived in Orlando, we had to have Universal’s Butterbeer. This copycat Butterbeer recipe is the BEST!

For best results to make this taste like the real thing, use real ingredients:

How to make Homemade Dole Whip

Make this famous dole whip recipe by adding all of the ingredients into a high powered blender or food processor, putting the frozen pineapple in first.

Quickly add it to a piping bag and swirl it into a cup, giving it the iconic dole whip swirl. If you don’t have a pastry bag, you can use a zip top bag with the tip of the corner cut off.

You can pop it back into the freezer to keep it nice and cold until you’re ready to enjoy. (but it will be so hard to wait!)

What are two ways to serve Dole Whip?

You can actually serve up this recipe two different ways. The first way would be like an ice cream with the “whip” being the same texture of soft-serve ice cream. So good.

The second way is to serve it like a drink or a float with the pineapple juice on bottom and the “whip” directly on top.

Or do like we do in our house and try them both ways and enjoy the taste!

Where Can I get the Popular Dole Whip Treat at Disney World?

If you’re going to be at Walt Disney World and want to experience this popular Disney snack you can find it at Aloha Isle in Adventureland at the Magic Kingdom Park, among other places in the Disney parks.

Enjoy this iconic Disney dole whip at home – it’s the next best thing to being at a Disney park! You can get a piece of the Disney experience at home.

Disney also released another official disney recipe, their churros recipe and they are delicious, but try our easy, baked Churros with this sweet pineapple ice cream treat.

If you’re making a trip to Disney be sure to find out if the Disney dining plan is worth it for your family with our helpful guide. 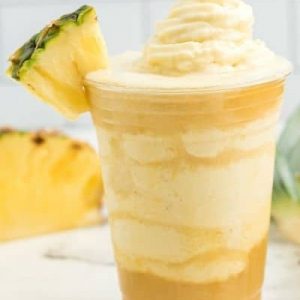