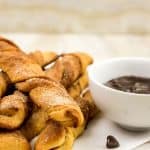 Churros are a sweet cinnamon sugar baked treat. These baked churros are baked instead of fried which makes them a bit more healthy than their fried counterparts.

This churros recipe is a winner and you’ll love how easy it is to make. I especially love them because they are a finger food. No serving dishes necessary.

We’ve made it really simple to make these churros at home. If you love cinnamon sugar desserts, you’ll have to try our reader favorite cinnamon donuts that also use canned biscuit dough. 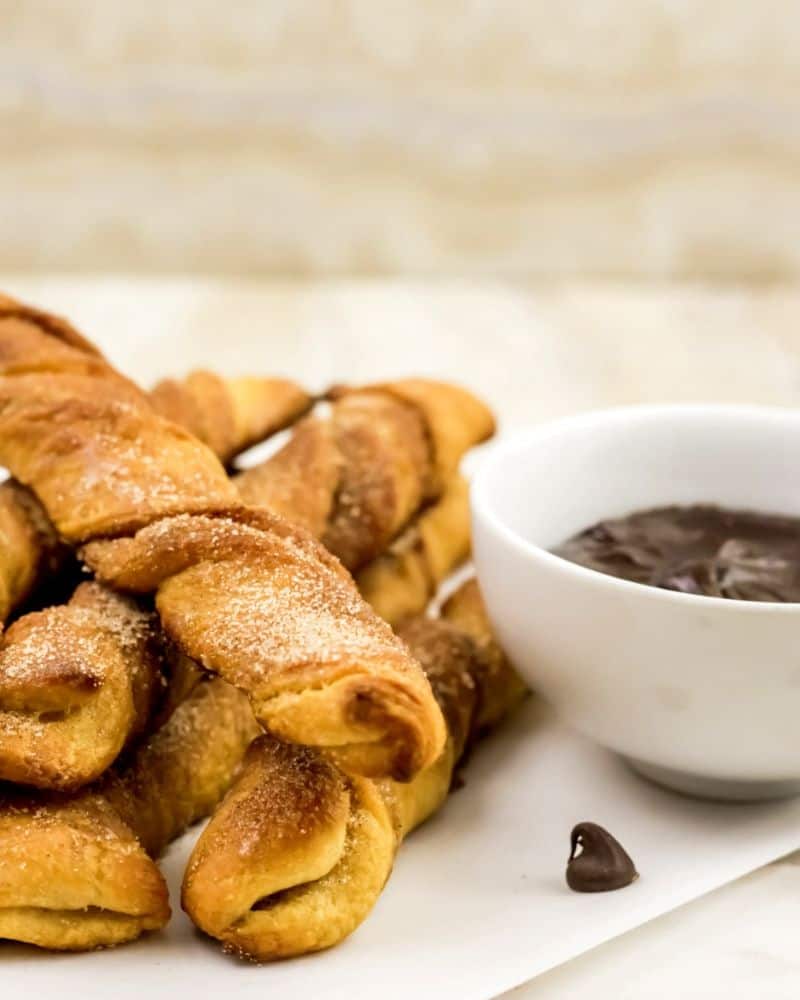 Churros are a twisted bread pastry baked or fried in a twisted shape or piped pattern. They’re cooked and then sprinkled with a mixture of cinnamon and sugar. It’s considered a finger food and a lot of times churros are served at fairs or from food trucks because they’re so easy to serve and eat!

Many churros recipes are served with a side of chocolate ganache or chocolate dipping sauce. We’ve paired our churros with a spicy Mexican chocolate sauce that you’re doing to love!

What is a Churro Made of?

This traditional street food, or fair treat, is made of a pastry dough with cinnamon sugar on top. Our churros version is made slightly easier by using store-bought canned biscuit dough.

You’ll need a few ingredients to make this churros recipe. We’ve kept it simple so no deep fryer necessary! Just grab some crescent rolls from your refrigerator aisle at the grocery store and you’re nearly there!

How Long Do Churros Last?

Churros are best when eaten right away. You’ll get the fresh baked crispness that churros are known for, right out of the oven. Churros can be stored in an air tight container or a zip-top bag for a few days. You can even freeze churros for a few weeks. Just toss them back on a baking sheet to heat them up and recrisp. I don’t recommend the freezing, but it can be done.

How to Make Churros? 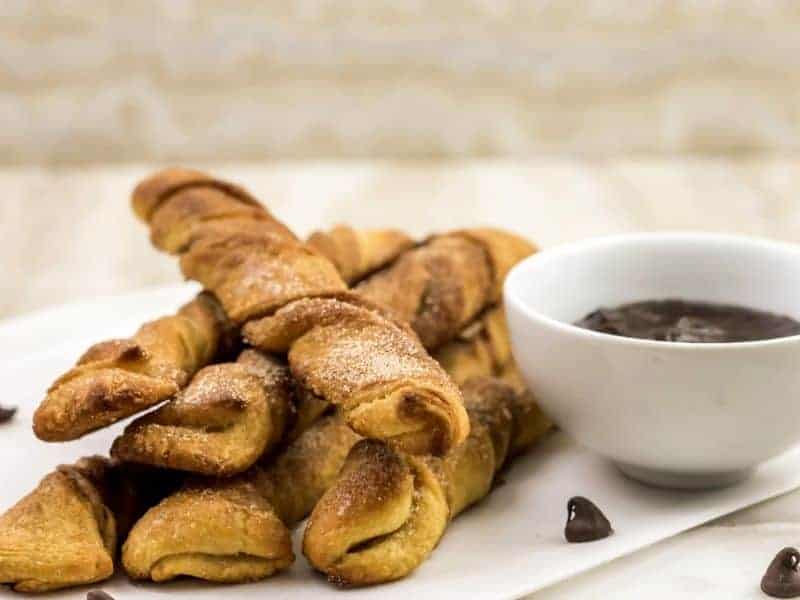 To make these baked churros you need to take a few steps with the dough, twist, butter, and dust with cinnamon sugar. It is super easy!

How Long Do Churros Last?

Normally churros don’t stay fresh long, but because our churros recipe is baked you’ll get a few days out of them. Still, they are best fresh from the oven after a short time to chill.

Where Did Churros Originate From?

Churros originated from Spain and Portugal, but there are many different stories about where the churros first came from. We know that churros are known as a breakfast item (yes!) in many Spanish cultures, but in America we eat them as a snack or special treat like a dessert. 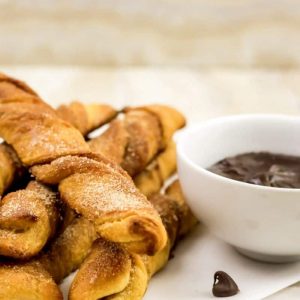 For the Mexican Chocolate Dipping Sauce

For the Mexican Chocolate Dipping Sauce