Make cute Santa's out of pre-made cinnamo roll dough and a few decorations. Perfect to get the kids involved.
Jump to Recipe Print Recipe 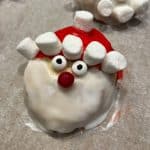 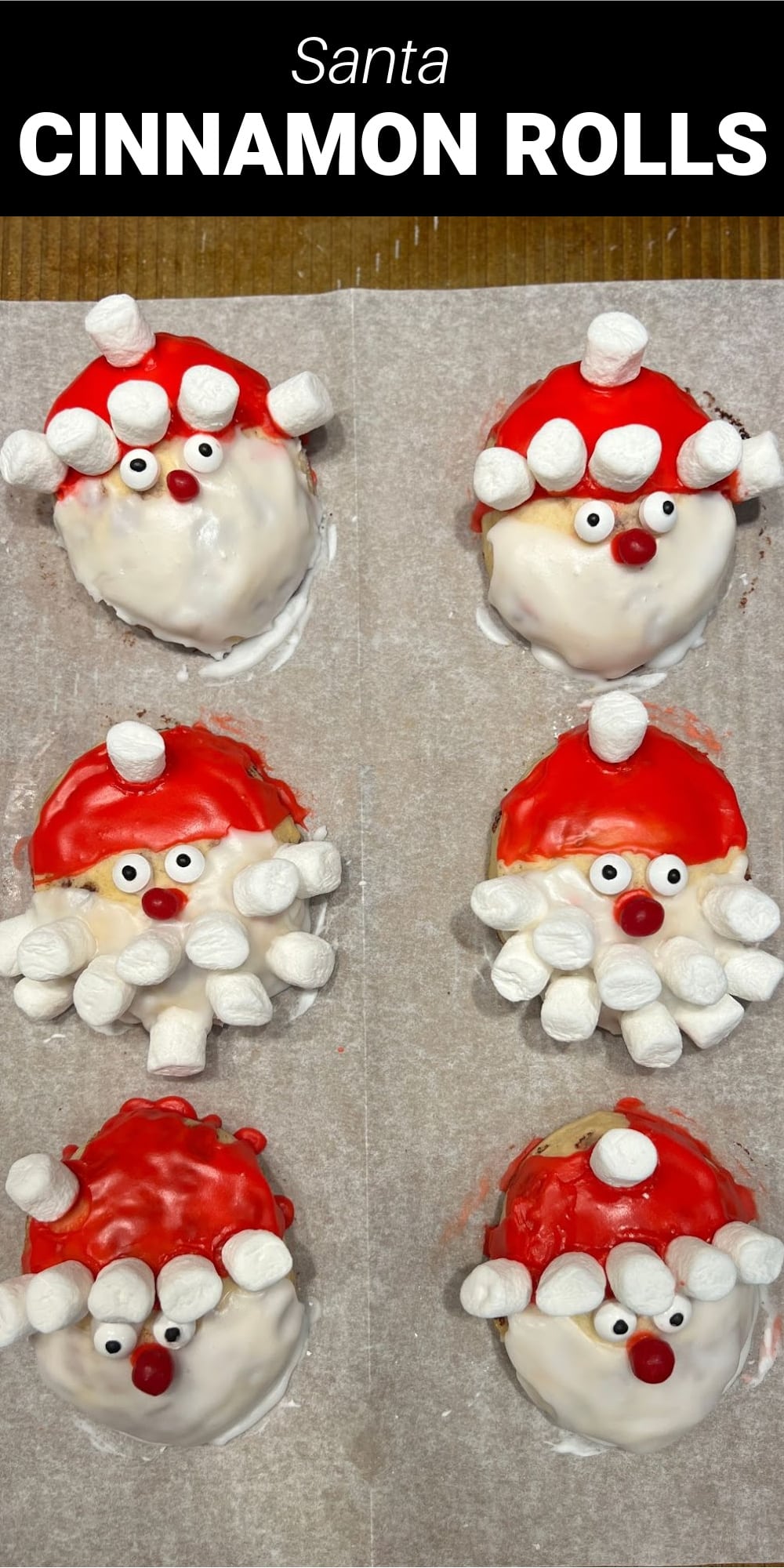 These Santa cinnamon rolls are a cute and festive breakfast that the whole family will love. Soft and warm cinnamon rolls with plenty of sweet and creamy icing are decorated to look like adorable Santa faces. From the red frosting hat to the candy eyes to the mini marshmallow beards, these sweet treats are sure to make everyone smile!

Christmas morning will be extra fun and delicious with these adorable Santa cinnamon rolls. This semi-homemade recipe uses refrigerated cinnamon roll dough as the base, so it’s incredibly quick and easy. Plus, everything you need to decorate these treats can be easily found at any regular grocery store.

Surprise your family with these for a special treat or enlist everyone’s help and have a fun family decorating project. Either way, you’ll make everyone’s day, and you might just create a new family holiday tradition!

💗 Why We Love This Recipe

🥄 How to Make Santa Cinnamon Rolls

How Do I Store Santa Cinnamon Rolls?

You can refrigerate these for up to a week, but make sure they are completely cooled before storing and place them in an airtight container in a single layer.

Can I Freeze Santa Cinnamon Rolls?

It’s not recommended. The texture of the rolls can become too dense once they’ve been frozen and thawed, and the candy decorations may not stay in place. 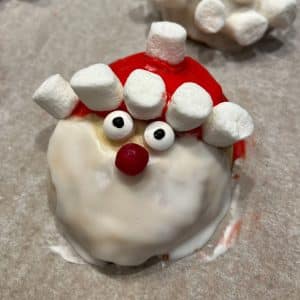