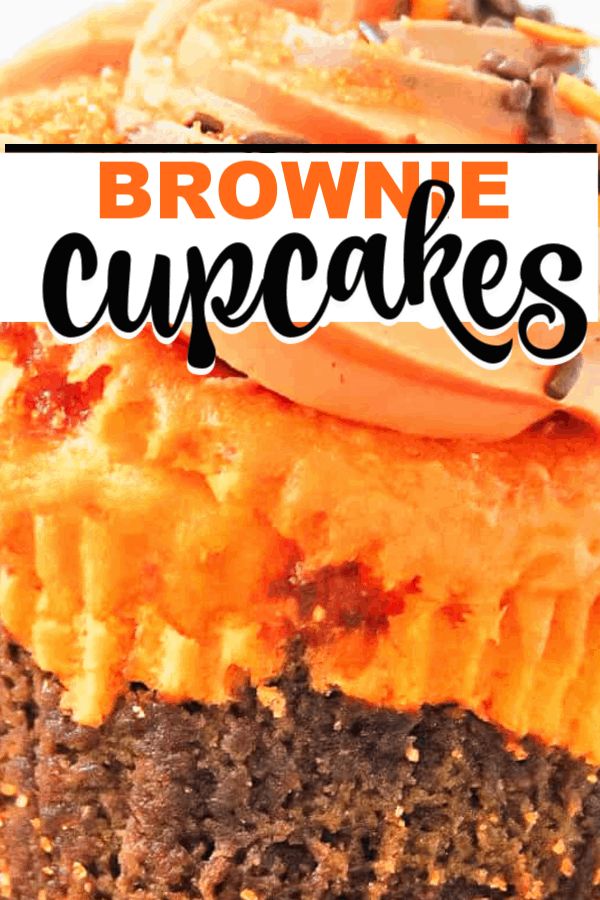 These brownie cupcakes are the perfect combination of a chewy brownie and a soft and fluffy cupcake. You get the rich and moist brownie on the bottom, and a light, fluffy cupcake on top, all topped with the best creamy frosting!

You also love our pumpkin cupcakes that have an amazing cream cheese frosting!

Who doesn’t love a good brownie? But brownie paired with cake is even better! And, it’s an excuse to have icing on top. It’s like our vintage cake that has a brownie layer on the bottom, but in cupcake form — and made for fall!

We made these brownie cupcakes in orange and brown colors so they’d be a great option for Halloween or a fall party! The orange buttercream frosting really tops it off nicely with brown and orange sprinkles. 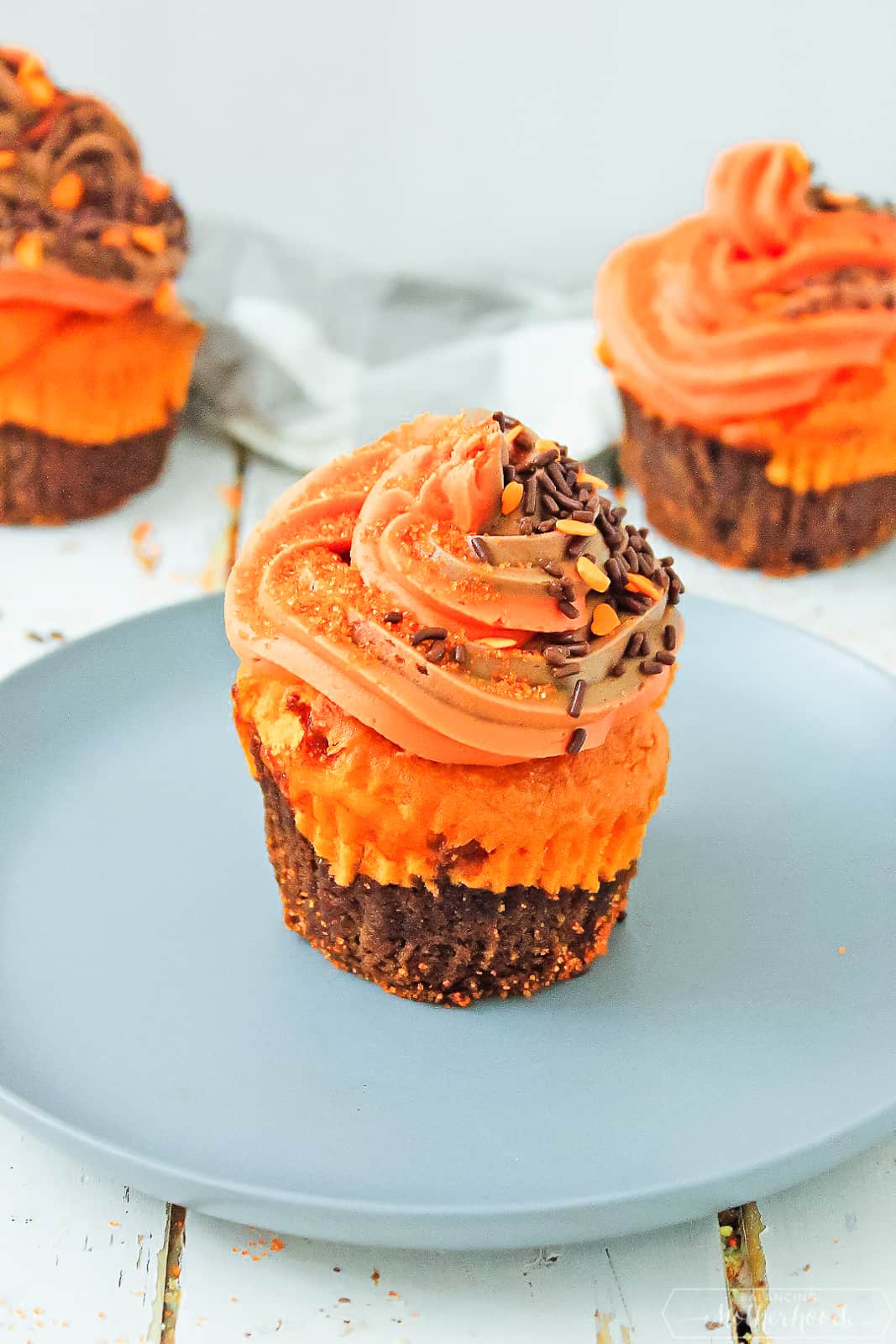 This is a pretty straight-forward recipe which combines a brownie and a cupcake. You probably have most everything on hand in your pantry right this very minute, but here are a few items you might not have and should be prepared with before you start the recipe. 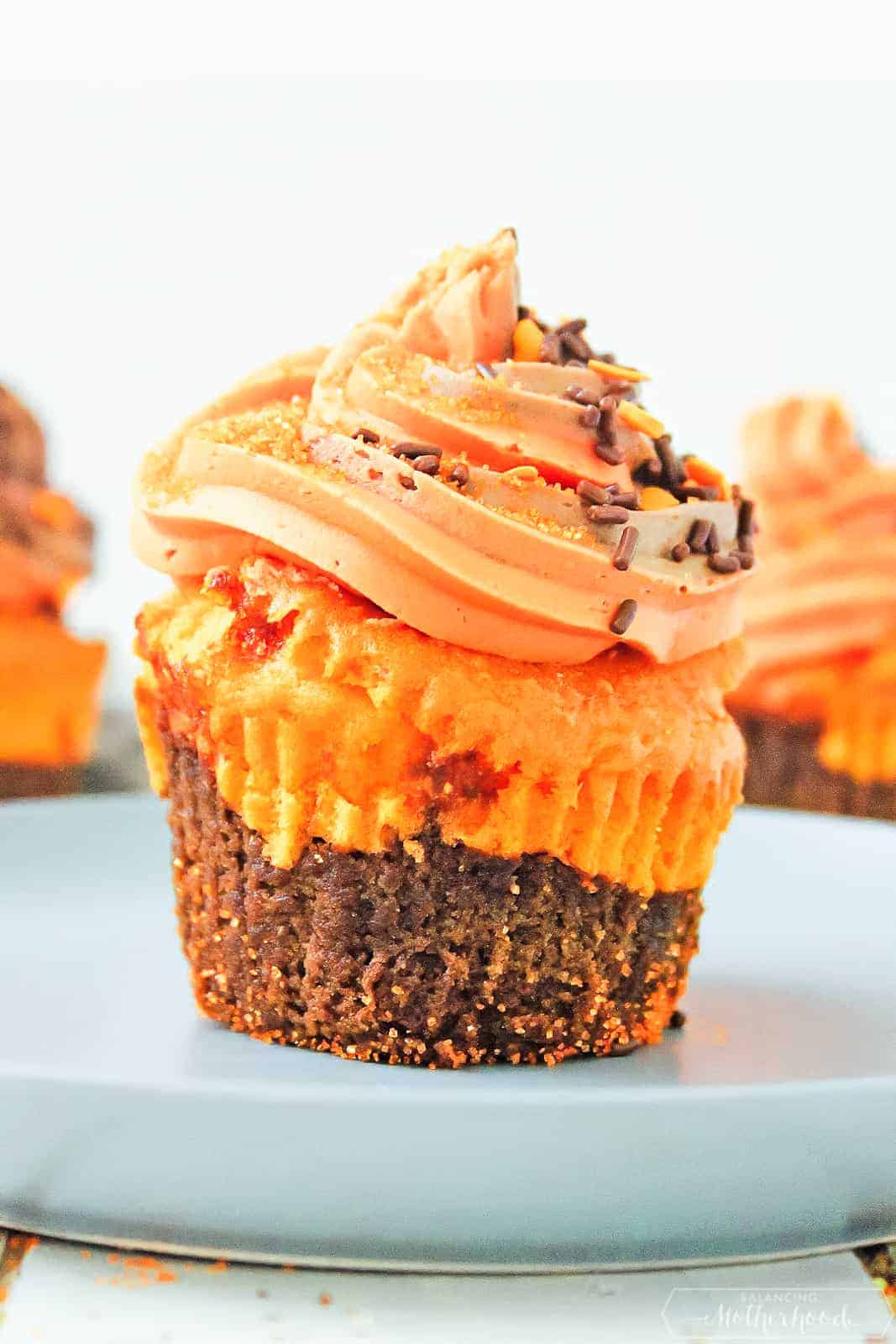 How to Make Brownie Cupcakes 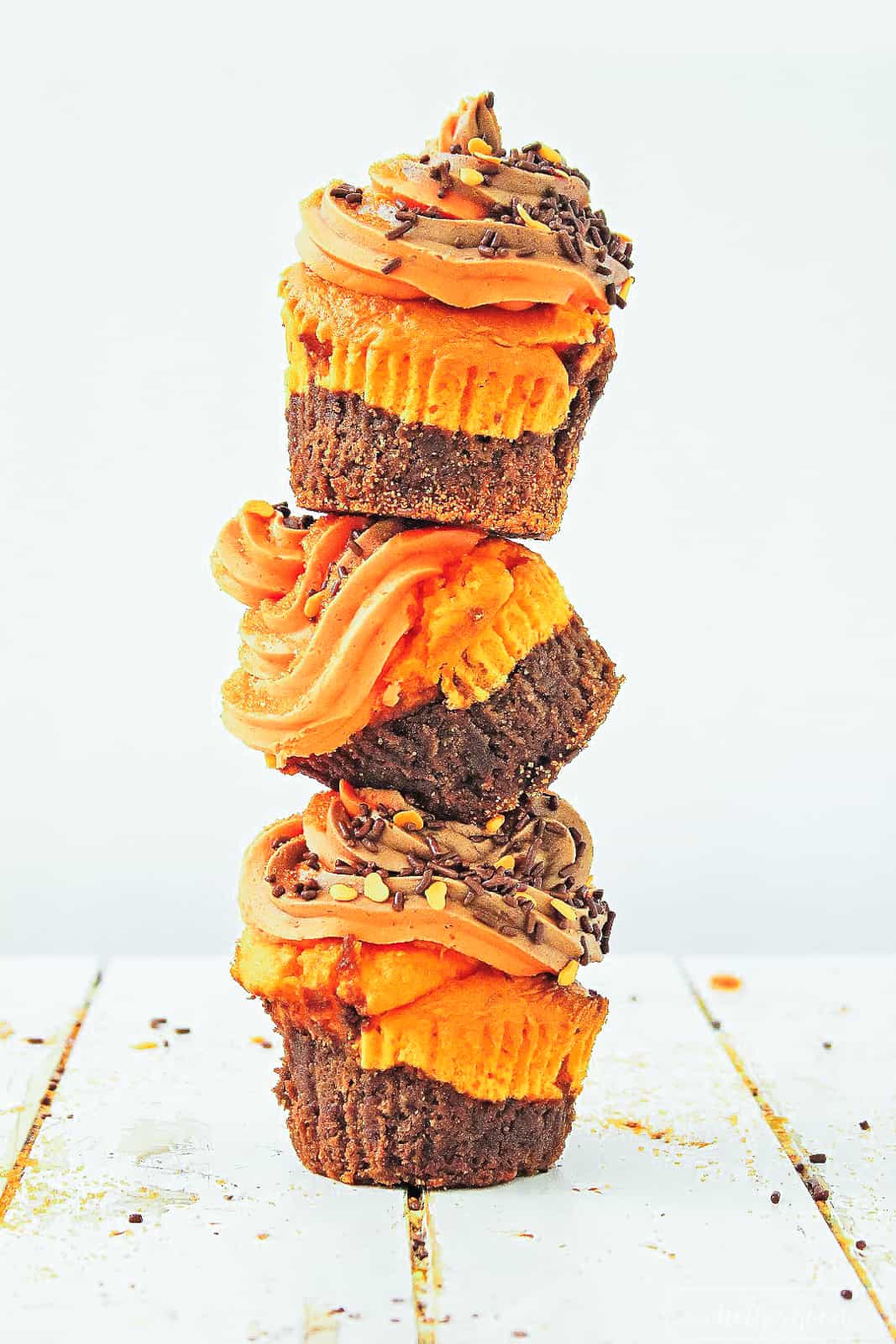 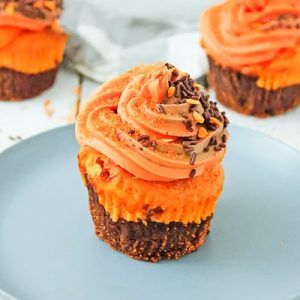 Can it get any better than a brownie cupcake! What a wonderful treat. You get a brownie on the bottom, then a layer of cake, then the delicious frosting, and it's just a great little treat, all decorated for Fall, and just waiting for you to make and devour these fabulous cupcakes.
Prevent your screen from going dark
5 from 1 vote
Print Pin Rate
Course: Dessert
Cuisine: American
Keyword: brownie, brownie cupcakes
Prep Time: 15 mins
Cook Time: 13 mins
Servings: 12 cupcakes
Calories: 1182kcal