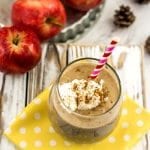 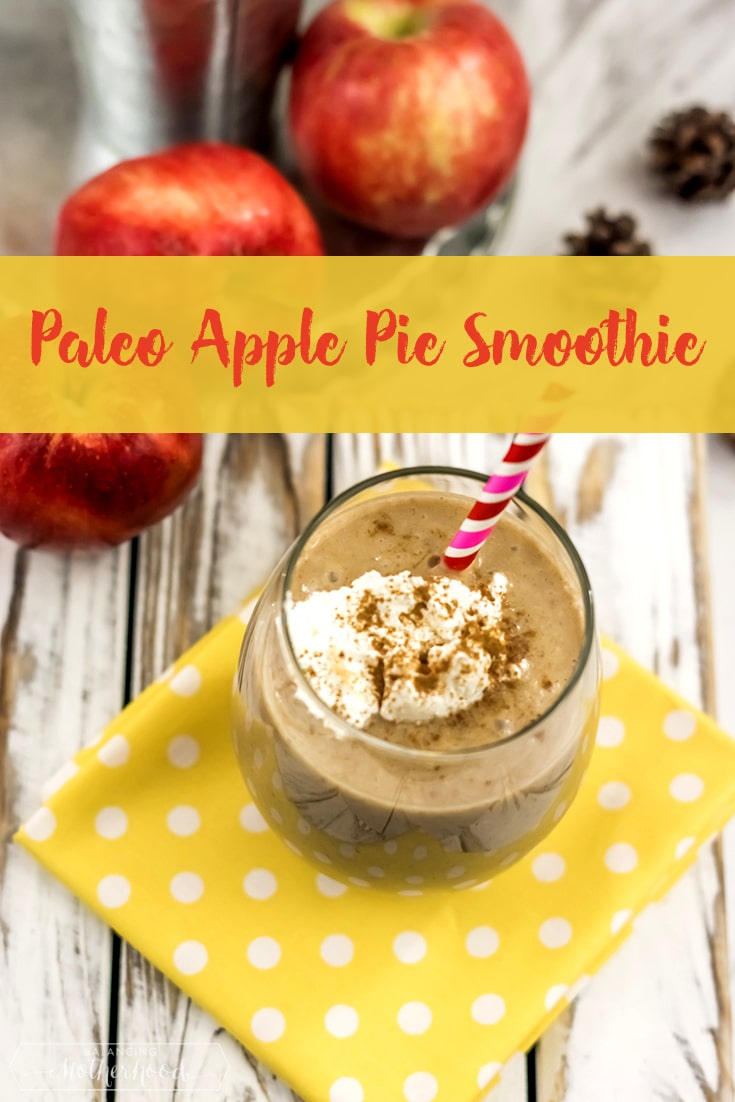 Since it’s apple season, and officially fall, thought I would share a new smoothie recipe to help get your mornings going on the right foot! This paleo apple pie smoothie will set your day off right. 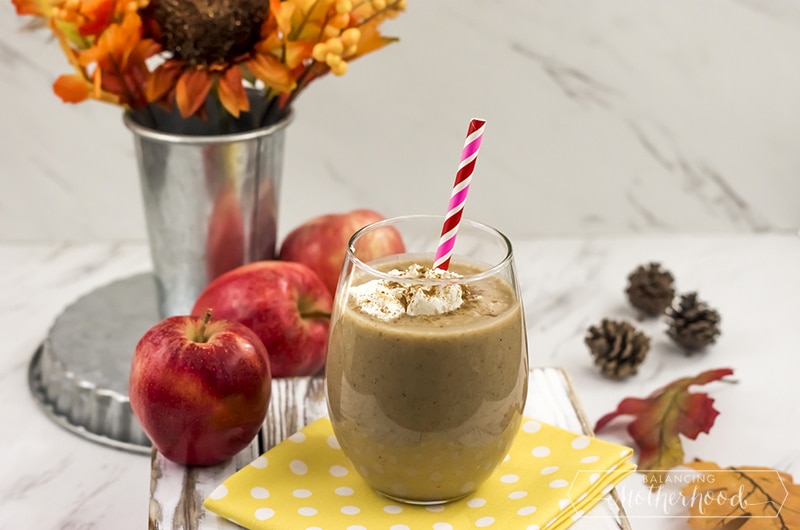 This looks so good! 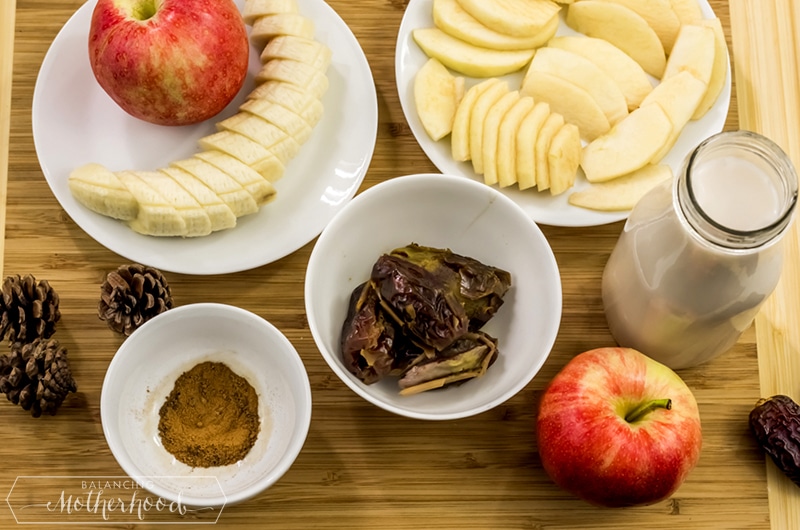 You just need a few healthy ingredients to make this apple smoothie! It starts with some frozen bananas that help to thicken the smoothie. You’ll also need dates, apple pie spice, and your choice of milk. We used coconut milk in this recipe, but almond milk will work well too. If you don’t want to do it paleo, then you can even use regular milk. 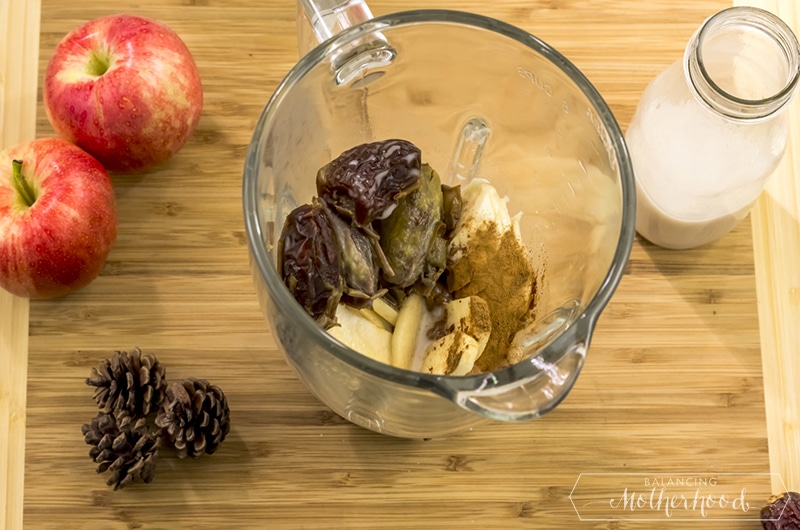 You’ll need to soak the dates in boiling water for a few minutes. Don’t skip this step. Then put the dates and other ingredients into a blender or food processor and mix. 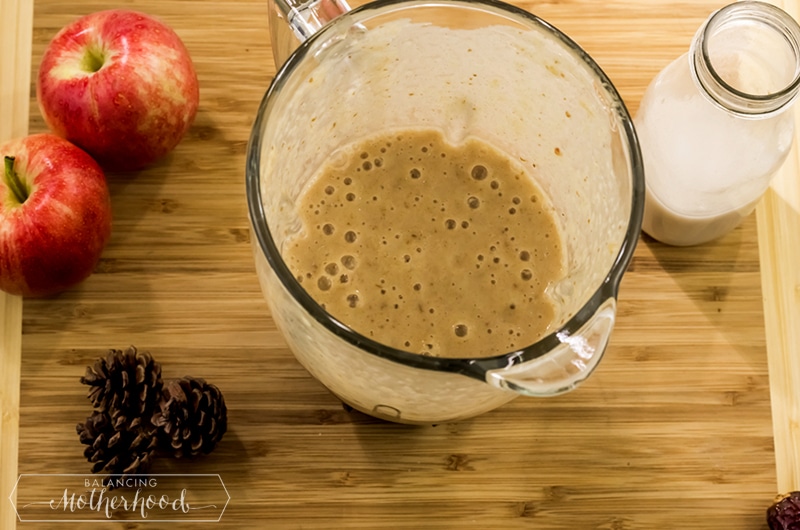 It will get a little frothy. 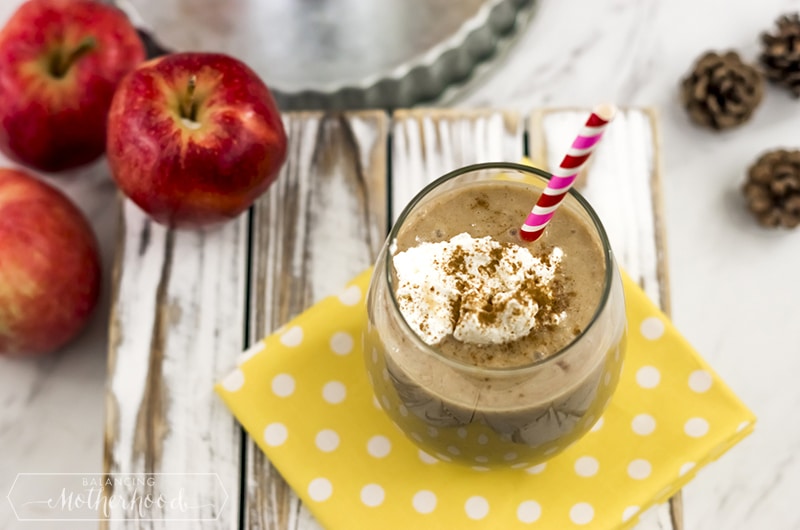 Top with some coconut cream and a bit of cinnamon. 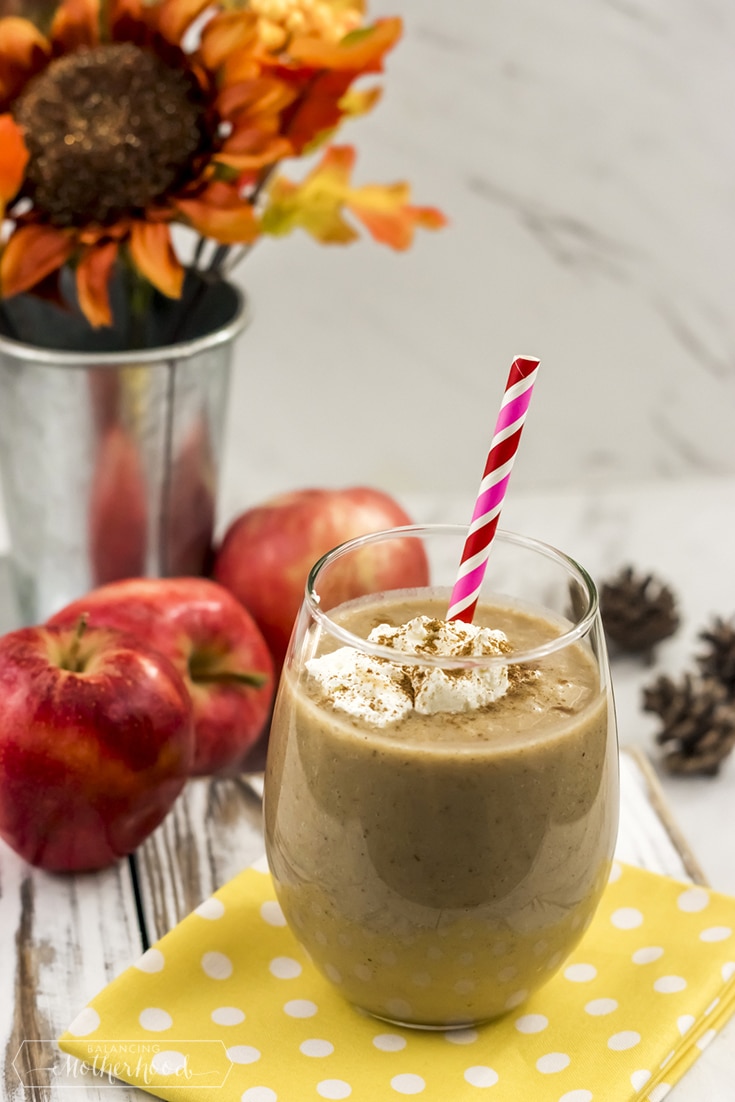 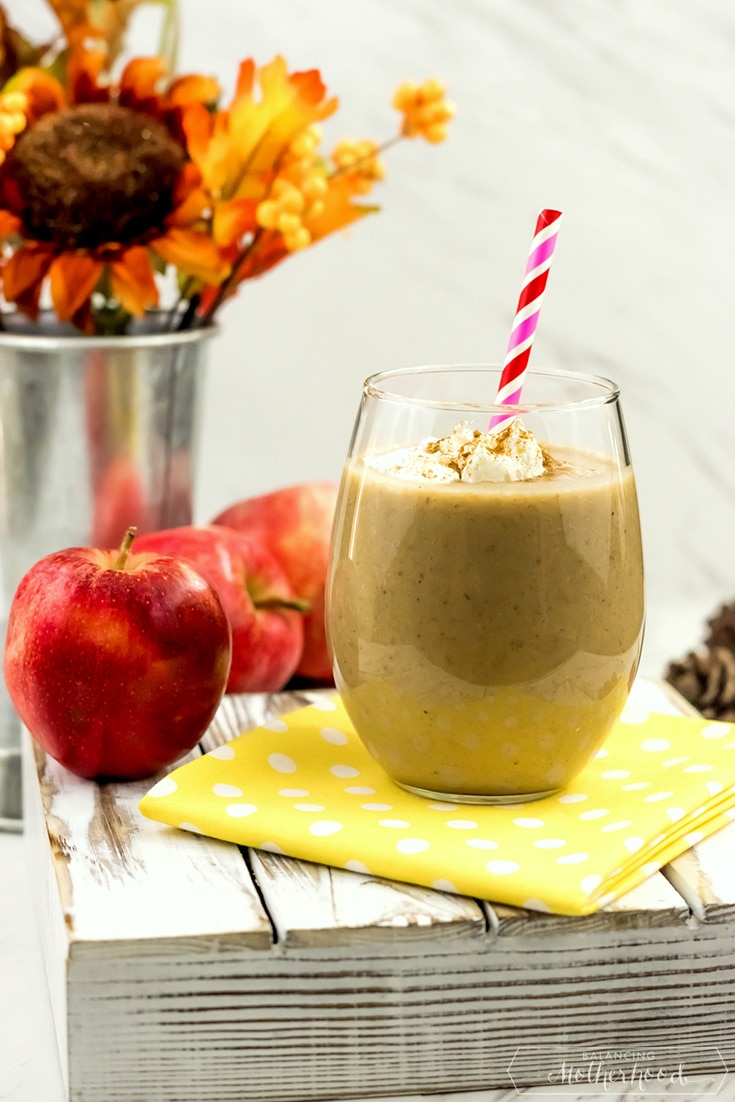 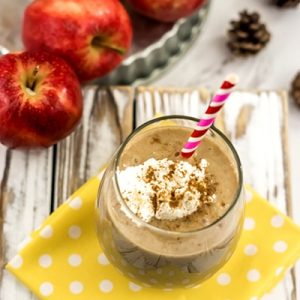