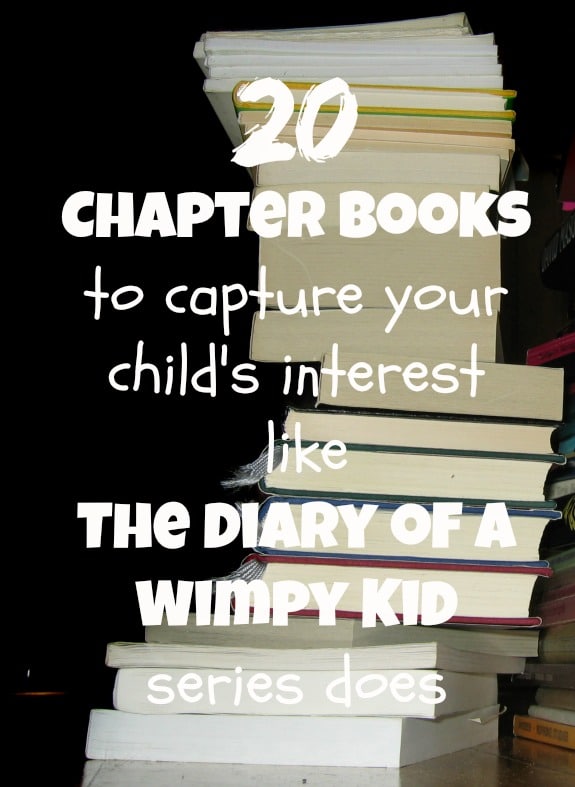 Diary of a Wimpy Kid Series

My eight-year-old son recently blew threw the Diary of a Wimpy Kid series. And I mean blew threw them! He got the first three Wimpy Kid books as a set for Christmas. I wasn’t sure what to make of it at first. We were first introduced to the series at Thanksgiving when we were visiting a friend’s house and my friend was reading one of the Diary of a Wimpy kid books to her kids at bedtime. My children listened, and laughed, to the story. Thus, the idea for a Christmas present.

My son (a second-grader) immediately started reading the books for his daily required homework reading material. Then, I’d find him on the couch reading without setting the timer. Then, he asked to read before he went to bed. By himself! Amazing! I love these books!

He was reading them so fast that I couldn’t afford to go out and buy the entire Diary of a Wimpy Kid series so I started stalking the library. As he was reading a book in the series, I’d order the next Wimpy Kid book. When I picked him up from school, I had the next book waiting for him on this seat in the car and he picked it up and start reading on the way home.

How many books are there in the Diary of a Wimpy Kid series?

“The series started off online on Funbrain.com in 2004 and made its print debut in April of 2007. There are now more than 200 million copies of Diary of a Wimpy Kid books available,” according to the WimpyKid.com.

What to Read After Diary of a Wimpy Kid Books?

Well, we managed to get all the books in the series and he finished them all. Now what? I thought. So, I posted the question (What should my kid read after he’s finished the Diary of a Wimpy Kid series?) to my friends on Facebook and got a huge response. I’d forgotten how many of my friends are elementary school workers (teachers and librarians) — they had tons of recommendations. While I haven’t read all of these books, I have good friends so I trust this is a great list to start to keep our kids reading. And, it’s perfect for summer time reading.

Diary of a Wimpy Kid Alternatives

NOTE: Affiliate links are used in this post. See the bottom for details.

Without further ado, I give you the complete list of suggestions for what to read after The Diary of a Wimpy Kid series:

Most of these books fall into the 8-12 year old range.

Big Nate by Lincoln Peirce. This one was recommended several times as a similar book to Diary of a Wimpy Kid.

39 Clues series by Rick Riordan. This series comes recommended by a few friends, one of whom said her daughter is devouring them.

Dork Diaries by Rachel Renée Russell. I don’t think my son will touch this series because there is a girl on the cover, but they look like a great next best thing to Diary of a Wimpy Kid.

Who Was/Who Is series. I can attest to this series. These are wonderful books based on historical facts about famous people, both living and dead. We started with Who Was Walt Disney?

Books by Andrew Clements. I’ve read that Frindle is his most popular book, but he has tons.

Tales of a Fourth Grade Nothing by Judy Blume. Most of the books on this list are new, but this, this book brings back memories. Oh how I loved Judy Blume!

How to Eat Fried Worms by Thomas Rockwell. Another blast from the past.

Captain Underpants by Dav Pilkey. These are just super silly, but anything that gets my kids reading …

Middle School, The Worst Years of My Life by James Patterson

The Strange Case of Origami Yoga by Tom Angleberger

A to Z Mysteries by Ron Roy

I think I would be remiss if I didn’t include Harry Potter on this list, but surprisingly it didn’t come up as a recommend to my question on Facebook. I think this might the a big winner in our house now that my son is old enough to read chapter books on his own.

And, here’s a great graphic that shows which books are most popular at libraries:

Do you have any additional recommendations? What books do your elementary-aged kids enjoy devouring? Leave a comment below!

Affiliate links are used in this post which means, if you make a purchase from one of the links, I get a teeny, tiny commission. The price of the item is the same as if you purchased without the affiliate link.