Last weekend we were driving home after being out of town, when we hear loud roaring up above our SUV. My husband immediately says, “It’s the Blue Angels.” (Well, that’s what I though I heard: He actually said, “It’s the Thunderbirds.”) We look up, through the sunroof, and see them flying, zooming overhead. They are doing tricks in the sky and cars are lining up on the side of I-75 to get a closer look. Later, I learn that it was the Air Force Thunderbirds we were watching.

We decide to pull over and I get out my camera. I’m no photography expert, and these aren’t the highest quality photos, but it’s still pretty cool to capture the movements of these high-flying planes.

Air Force professionals teamed together to present precision aerial maneuvers that exhibit the capabilities of modern, high performance aircraft and the high degree of professional skill required to operate those aircraft.

Here are some of my photos: 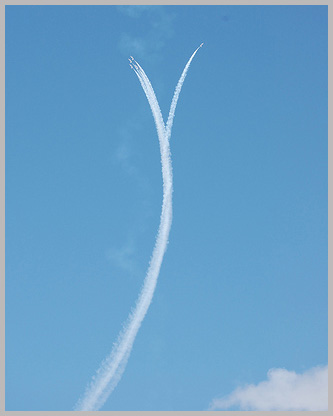 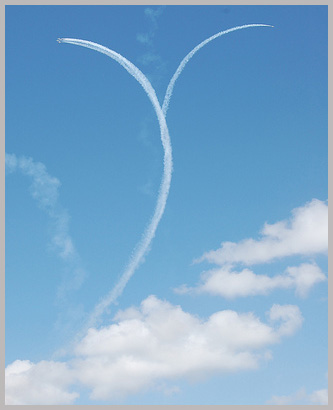 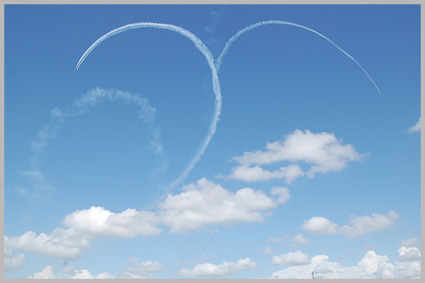 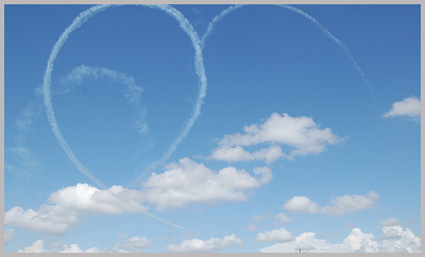 Look at my slideshow on flickr — if you click quickly, you can get the sense of the movements the planes made in the sky. It’s pretty amazing.

What was my son doing during all of this excitement? Sleeping in the back seat!

ABOUT ALICIA: Alicia is the founder of Balancing Motherhood.com. Last year, she managed to stay sane while completing an MBA, working full-time, blogging, and still baking amazing birthday cakes — all while raising a young family at home.
« Always Read the Label
‘We Don’t Eat Gum When We Are Three!” »