We’ve been watching the news reports the past several days about how South Africa is celebrating Nelson Mandela, and I realized that my children (ages 4 and 7) don’t know enough about this man. Why are so many people celebrating his life? Why did President Obama, and other former US presidents, go to the memorial service? Why did “tens of thousands — presidents, prime ministers, royals, celebrities and ordinary South Africans,” (from CNN) travel for and sit in the rain to pay tribute to this man? Why was he in jail?

So many questions have come up. It seems appropriate to revisit a book I received from a publisher during Black History month earlier this year, “Nelson Mandela” by Kadir Nelson. 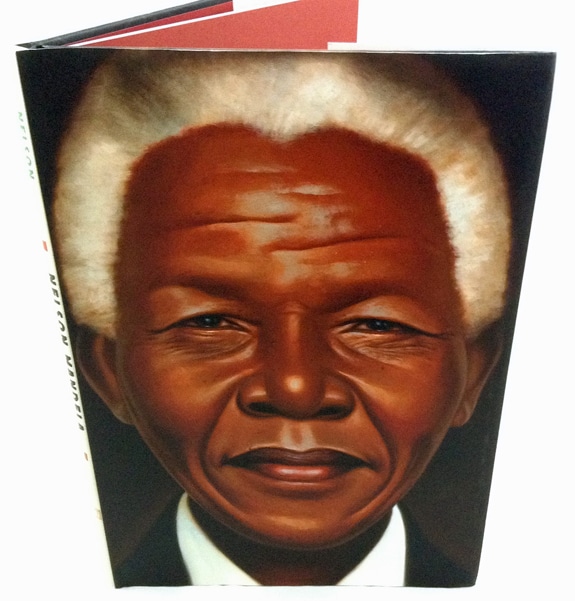 When I first received it, I was in awe of the cover: a big, bold painting of Nelson Mandela. 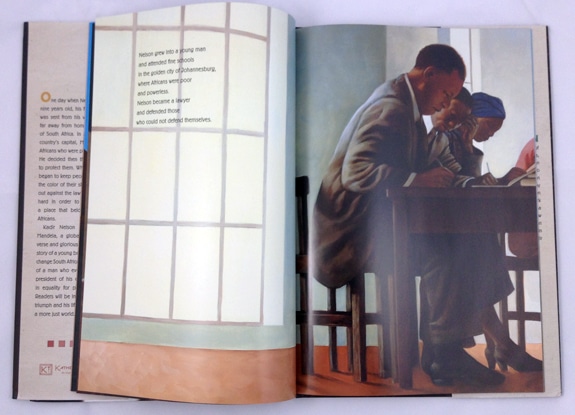 The amazing illustrations continue throughout the entire book, while Mandela’s story is told from the time he was a child and how his teacher changed his chosen Xhosa name to Nelson. In this painting, Mandela is shown as a young man going to school in Johannesburg, becoming a lawyer. 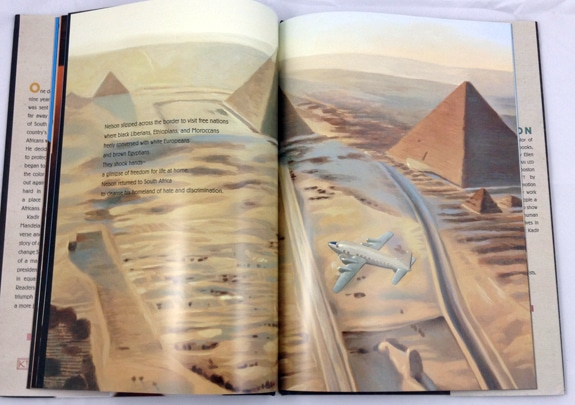 The book covers how Mandela organized rallies to fight apartheid, met his wife Winnie, and how he “went underground,” and “slipped across the border to visit free nations where black Liberians, Ethiopians, and Morocans freely conversed with white Europeans and brown Egyptians.” He was encouraged and returned home to fight for freedom. This is when he was captured and put in jail. 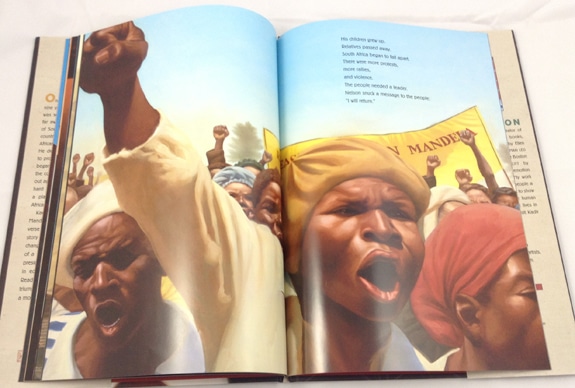 After 27 and one half years, Mandela was freed from prison. Later, he was elected as South Africa’s first black president. 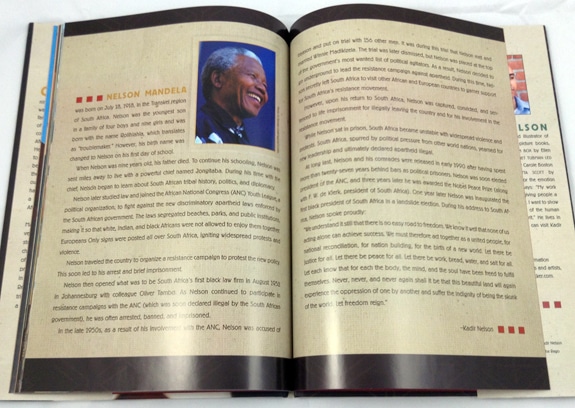 The book ends with a more traditional biography of Nelson Mandela. There is so much to learn in this book. It’s a simple read, but packed with information that can be talking points with your children.

Disclosure: I received a copy of the book from the publisher. Affiliate links were NOT used in this post. Opinions are my own.

ABOUT ALICIA: Alicia is the founder of Balancing Motherhood.com. Last year, she managed to stay sane while completing an MBA, working full-time, blogging, and still baking amazing birthday cakes — all while raising a young family at home.
« ‘Olivia Helps with Christmas’ a Great Holiday Read
Steps to Develop a Plan for Career Success »