Home » Food » What I Made This Week: Pumpkin Pie, Pumpkin Muffins … 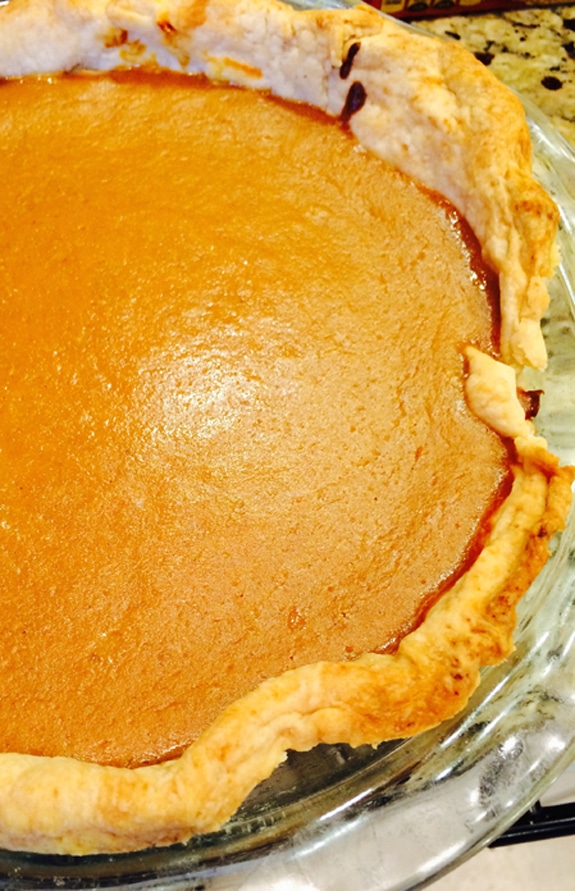 I’ve been thinking about doing a “what I made” post each week. Not recipes that I have, but things I’ve made during the week. I’m always finding such amazing things on Pinterest, Food TV, and from my favorite food bloggers. So many times I end up making them and never telling anyone anything about them. So, let’s try this and see how it goes.

This first photo is what you’d suspect: pumpkin pie. I used Ina Garten’s perfect pie crust recipe. I have so many “perfect pie crust” recipes that one day I’m going to make them ALL then then determine a winner! What a great blog post that will be. But for this week, I just went with her recipe. It’s pretty good. Very easy, quite tasty. My only complaint is that it is very fragile. Maybe I didn’t work with it fast enough. You see that dent in crust in the photo? That’s where I couldn’t get the crust to stay put so I just let it cook that way.

I think this pie was a little overly sweet — not only does if have sweetened condensed milk, but brown sugar as well. Whoa! So, verdict: too sweet, but still good enough to eat! 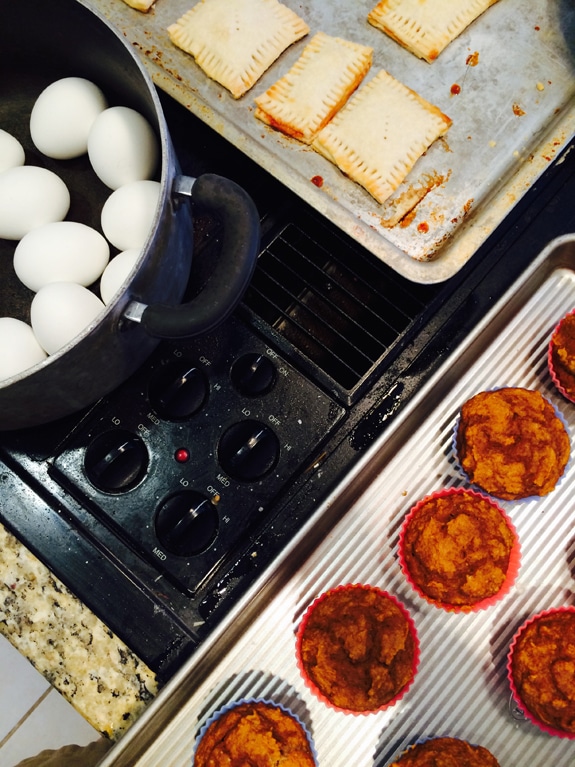 Since Ina’s recipe made two pie crusts, I had one left over. What to do? What to do?

I remembered a recipe I made on the blog not too long ago: poptarts! So, I rolled out the crust, cut it into small squares (and in some cases rectangles — no ruler necessary on this day) and put some homemade peach jam I had in the pantry. Oh my, these were delicious!

Next I made a batch of whole spelt pumpkin muffins from the cookbook I can’t seem to stop talking about: 100 Days of Real Food. These things get devoured in a few days in my house. The  ones you see here are already gone. 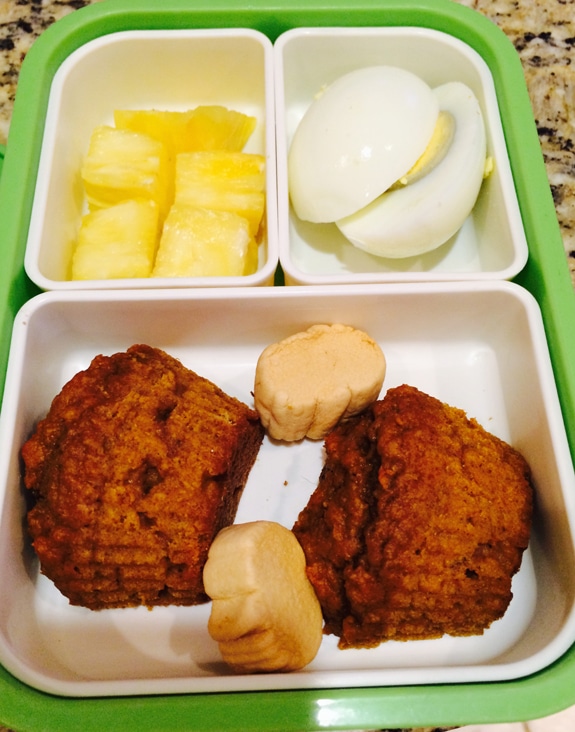 So, the eggs? Well, I hard boiled a dozen eggs to have on hand for school lunches, breakfast, and snacks. Normally I make about 6, but have learned that these get devoured within a day. So, I upped it to a cool dozen this time.  What a great decision that was.

This picture shows one of my daughter’s school lunches where I used one of the eggs, and added one of the pumpkin muffins. Some fresh cut pineapple and it’s a done deal. The mini pumpkins are spiced marshmallows. Not at all healthy, but I couldn’t resist their cuteness.

So, there you have it — what I made this week. I’ll try to take pics again this week and see what I come up with for next Friday.

ABOUT ALICIA: Alicia is the founder of Balancing Motherhood.com. Last year, she managed to stay sane while completing an MBA, working full-time, blogging, and still baking amazing birthday cakes — all while raising a young family at home.
« Always Think Like a CEO
3 Simple Steps for a Saner Week »