Home » Working Mothers » Flexibility in the Workplace, Unless You’re On Jury Duty 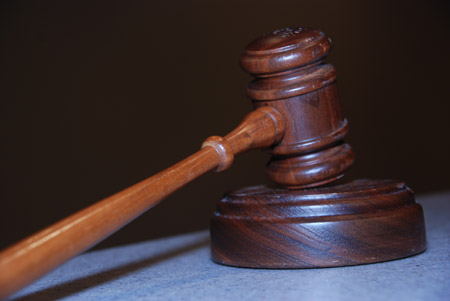 I did one day and a half of jury duty this week. One and a half days of torture and stress is more like it. It was for a potential medical malpractice case and was originally projected to take two weeks. I started freaking out in my head while the judge said that. And, he wasn’t giving anyone a break when they stated their hardships. Most were financial reasons where their company wasn’t going to pay them while they were out.

One of these potential jurors was a single mom, who was nearly in tears stating that she had to be at work, that she shouldn’t even be here, at the court, today. That she needs to take care of her daughter. The judge reminded her that the court pays jurors per day (a whopping $15/day for the first three days and $30/day for every day there after.) Wow! Thirty dollars a day. That’s less than $5/hour. Clearly, not enough on which to live for a single parent. Ultimately, she was dismissed at the end of the first day.

All I kept thinking about was how I was going to pull off being in court from 9-5 every day. I was one of the lucky ones who work for a large company who pays for jury duty service, so it wasn’t the pay I was worried about. I was worried about being trapped into a schedule that wasn’t flexible. Something every working parent goes through at some point — some more than others. What if my kid gets sick? Even the one full day I was in the court room, my daughter’s school called to have her picked up because she became sick and was contagious. I missed the call. Luckily, my husband was able to get her and take her home.

Day two of jury duty was more difficult. I had to report back to court and my husband was on a huge deadline at work and wasn’t able to stay home to watch our sick child all day long. Luckily, again, I must be one of the lucky ones, our regular babysitter was available for the day. We paid her her regular hourly wage so it added up to a big chunk of money. But, our daughter was able to stay home and rest, and we were able to keep our commitments.

What was I going to do if I got stuck on this trial for two weeks? And, clearly it was going to take longer than two weeks — jury selection alone was going to take a week, I suspected, based on the trivial amount of guestions the prosecution was able to get through in 8 hours, the first day. My husband was due to be out of town for a week during the trial. Is that a hardship, I wondered? I couldn’t imagine standing up and saying it out loud, but the thought of being trapped in a room for eight hours a day without having any flexibility on when I could take or check calls, when to take lunch, even when I could go to the bathroom — it was literally keeping me up at night.

I felt kind of wimpy having these thoughts. I know there are mothers who do this alone every day. The lack of flexibility was making me scared. When I make a commitment, I keep it. So, being on a jury would be a committment that I wouldn’t want to break. But, if one of my kids was sick and wasn’t able to go to school when I had to be in court, I don’t know what I would do. Again, loosing sleep here. So, I was prepared to tell the judge this. That I don’t have family in town and that any possible back up I have also works or will be out of town that same week. I was kind of saying, “hey judge, if you pick me you get a working mom whose kids get sick. You may have to deal with this if you pick me.”

I didn’t have to stand in front of the judge, the 10 lawyers and 50 potential jurors and tell them that I am a mom who needs a break. Don’t pick me, please. No, I didn’t have to do that. They let all of us go and I ran straight to work where I am thankful for the flexibility I have.

ABOUT ALICIA: Alicia is the founder of Balancing Motherhood.com. Last year, she managed to stay sane while completing an MBA, working full-time, blogging, and still baking amazing birthday cakes — all while raising a young family at home.
« I’m Just Another Busy Working Mom With a Crazy Schedule
Retreat to Lake James »