Balancing Motherhood » Uncategorized » When The Towers Came Down 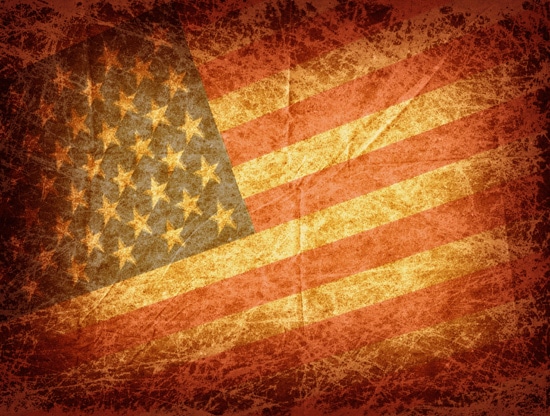 * I wrote this on the 10th anniversary, but the memory is still as fresh today.

Ten years, amazing how fast it seems that this time has gone. I’m sure it seems an eternity for the families who lost loved ones on September 11, 2001. It’s one of those days in history that you’ll never forget where you were.

I worked at a newspaper and had taken a project day to work from home so that I could actually get some work done. I was working on our travel website that helped people plan their Orlando vacations. It was a fun job. Not tough: no crime, no disasters. It was all Mickey Mouse, all the time … literally.

I was sitting in my home office writing copy to be posted later that day, when I decided to get a second cup of coffee and catch the end of “Good Morning America.” I was sitting on the couch watching the TV when Diane Sawyer started reporting from the Times Square studio that the first of the twin towers had been been hit. They didn’t have specific information at this point. GMA continued with a live shot of the twin towers as they talked, trying to explain with the little information they had.

I was talking to my husband when we saw the plane hit the second tower. At first I thought it was a plane flying by to check to see what happened to the first tower. I did a double take. Diane Sawyer and Charlie Gibson did a double take too. “Did you see that?” I asked. We still really didn’t have any information.

Within about 15 minutes I got a call from the office that they needed all online producers in the newsroom. I quickly gathered my things and drove to the office and reported to the already chaotic newsroom. I don’t think I new the gravity of the situation until I got to work.

Immediately, I was assigned photo editing and posting. For 10 hours all I did was scour the news wires looking for new photos from New York city, the Pentagon and Pennsylvania. I did continual searches, found appropriate and newsworthy photos, wrote and/or edited captions and headlines, cropped and edited the photos then posted them in online galleries on the newspaper website. This was before photo automation on websites, which is why I was able to spend all day doing just photos.

I sat in the middle of the bustling newsroom as everyone was trying to figure out how best to cover the story. It was very “Broadcast News,” with reporters and editors shouting across the room and running down the halls.

I remember a small team of photographers and reporters were sent to ground zero to report on the unfolding story. They ended up having to drive to New York because planes were grounded for days. I remember thinking who wants to drive to NY right now? It’s still dangerous. But that’s what journalists do. When most companies send people home during disasters (hurricanes, tornadoes, national disasters) we are brought to the office, others are sent to the scene. We gather the information so the public has all the details so they can remain safe and make informed decisions.

There was a constant stream of food being brought into the newsroom: pizza, sandwiches, sodas, candy. Anything to keep us fed so we could continue to produce news. There was so much to do. Since we didn’t have all the information there was a lot to research. A special edition newspaper was printed and sold in the early afternoon that day — a rarity. It’s amazing to realize how much information had to be gathered so quickly in order to report, edit, design and print an extra newspaper.

I wasn’t a mom 10 years ago and wonder how I would have felt if I had kids back then. I think I would have been pretty freaked out, wondering about our safety. I would have run to their schools and collected them, for sure. I would have wanted to hug and kiss them and tell them I love them.

I ended up working on photos for three solid days. Ten years later, it’s still fresh in my mind.

I think I’ll go hug my kids, kiss them and tell them I love them.